He Thought They Forgot His Birthday, But Then Dad Does Something That Leaves Him Stunned 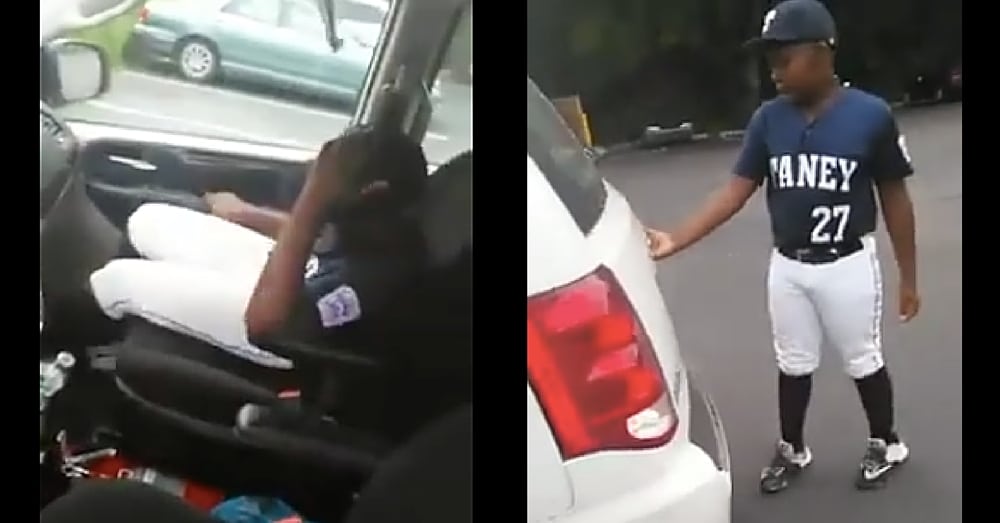 A video of an emotional birthday surprise has gone viral recently, and it’s not hard to see why.

Twelve-year-old Braheim was upset. It was his birthday, but his family had forgotten…or so he thought.

“I told him I had nothing for him,” said Braheim’s dad, Devon Fowler. “He had an attitude all day.”

As the two got in the car to head to Braheim’s Little League game, the young boy pulled his hat down over his head.

“You still mad at me?” Devon asked.

Little did Braheim know that his dad had a little surprise up his sleeve.

Devon asked Braheim to get a bag out of the trunk of the car. But to Braheim’s surprise, instead of a bag in the back there was a big box.

He opened the box and discovered a brand new baseball bat – the exact one he had asked for for his birthday!

When Braheim realized his dad hadn’t forgotten his birthday – and instead had gone above and beyond to make sure he got the present he wanted – he became overcome with emotion. He pulled his hat down over his eyes again, but this time it was to cover the tears that were falling down his face.

“I ain’t forget about you,” Devon told his son, trying to hold back his own tears.

The gift was a sacrifice for Devon, who is currently unemployed, but one that was definitely worth it. When asked what he would tell other parents who are struggling with financial difficulties, he said, “Just keep trying to make your kid happy. If you got love for your kids they won’t care about what you get them.”

Were you touched by this father’s sweet gift to his son? So share this!