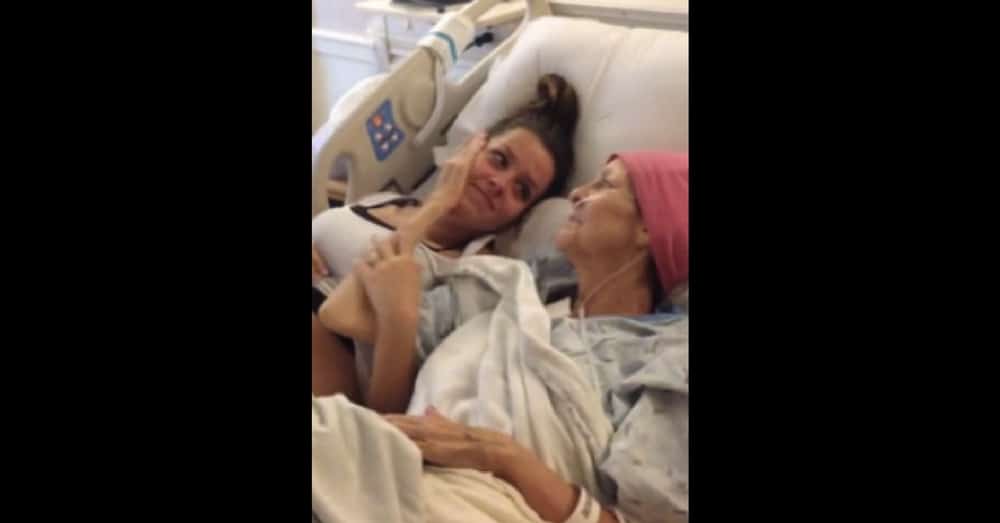 It was an emotional moment that Taylor Masilotti will never forget. Laying in the hospital bed with her terminally ill mother, Donna Callender, Taylor received an ultrasound to learn the sex of the baby growing inside her.

Donna had bravely been battling cancer for two years. When she was first diagnosed with Stage 4 lung and brain cancer in 2014, doctors only gave her a year to live, but she fought bravely with courage and grace and lived well past the doctors’ predictions.

A few months ago there was hope – chemotherapy treatments had shrunk the tumors by 60 percent. But then, without warning, the cancer came back with a vengeance.

Knowing her mom would probably not live to see her grandchild be born, Taylor wanted to have her be a part of it as much as possible. She moved up her ultrasound appointment to find out the sex of her baby by two weeks and then joined her mom, who was confined to her hospital bed, to have it done.

As the two held hands in the bed, they learned Taylor would be having a little girl. Donna cried and held her daughter, excited for her joy but also heartbroken that she wouldn’t be there to share it.

“I’m so thankful I had somebody record [the moment] for me because I want to be able to show it to my little girl when she comes in this world,” Taylor said. “It’s a memory that I will never forget. It’s very special to me.”

As hard as it was to have to say goodbye to her mom, Taylor said that Donna will live on through her daughter, whom she plans to name Stella Kay.

Taylor lost her father in 2010, and as hard as it is to be without either of her parents here on earth, she said it is comforting to know they will be watching over her and Stella from heaven.

“It’s kind of comforting because I know they’re both up there and watching down on this child,” she said. “That made it a little easier to let my mom go because I knew she wouldn’t be alone.”

Were you touched by this sweet moment between this mother and daughter? So share this!