Terminally Ill Mom Fears For Her 4 Kids, Then Best Friend Does Something Incredible 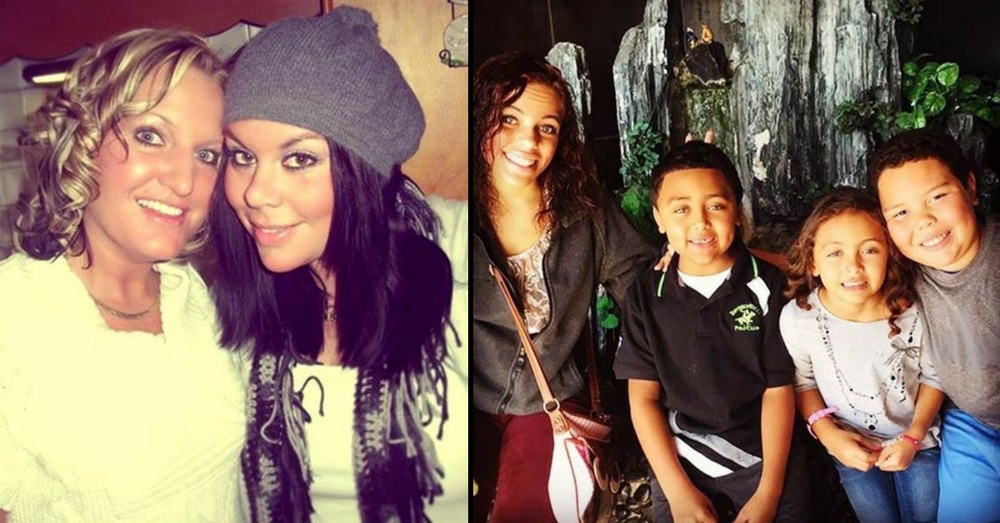 When Sara Hankins was diagnosed with ALS, also known as Lou Gehrig’s disease, she was scared, but she was even more worried about her four children. The average life span for a person with ALS is 2-5 years after diagnosis, and Sara feared what would happen to her kids after she was gone.

Now Sara doesn’t have to worry, thanks to the incredible kindness of longtime friend Missy Armstrong. Missy is in the process of adopting Sara’s three younger children, ages 8, 9, and 11, and will also take in her 18-year-old daughter.

“I thought, yeah, I can do this,” said Missy, who has two children of her own, ages 13 and 22. “I love them and I’ve known them their whole lives. I make a decent living. I have the support of her family.”

The two friends, who are both single moms, met in hairdressing school in 1999.

“Instantly, from day one, we became best friends,” Missy said. “When we met, she only had one daughter, Alexis, who was 2. Of course we stayed best friends through her other three. She would grab her kids and come to my house, or I would grab my kids and go to her house. We were always together.”

Sara was diagnosed last year and her health quickly declined. She is now in hospice care at her mother’s house. When she heard Missy had offered to adopt her children she was stunned.

“I couldn’t stop crying,” she said. “My number one concern was keeping my kids together, because I think what they’re going to go through is hard enough.”

Now the families are working on finding a larger home that will be able to hold everyone. They have found a five-bedroom house that looks like it will do the trick and have set up a GoFundMe page to raise money for the downpayment.

An account has also been set up in Missy’s name at their local bank where people can donate money to help the family.

Their community has really stepped up to help and support these families. One of Missy’s friends, Rhonda DeBruyn, even started gathering donations and Christmas presents for the families.

“Within four days my living room was full of gifts and food and all kinds of stuff,” she said.

While Sara is sad knowing she doesn’t have much time left with her family, she can rest easier knowing they will be taken care of and surrounded with love.

She said she is trying to be honest with her kids about the situation, but admits it won’t “hit them until it hits them.” Thankfully, when she does pass, her kids will still be together and will have a place to call home.

“Me taking them is the way they can all be together,” Missy said. “And that’s of course what Sara wants. We’ve been best friends and we love each other. And I love the kids.”

Were you touched by what Missy is doing for Sara and her kids? So share this!