Terminally Ill 9-Yr-Old Can’t Walk Or Talk, But Watch What She Does When Favorite Singer Walks In… 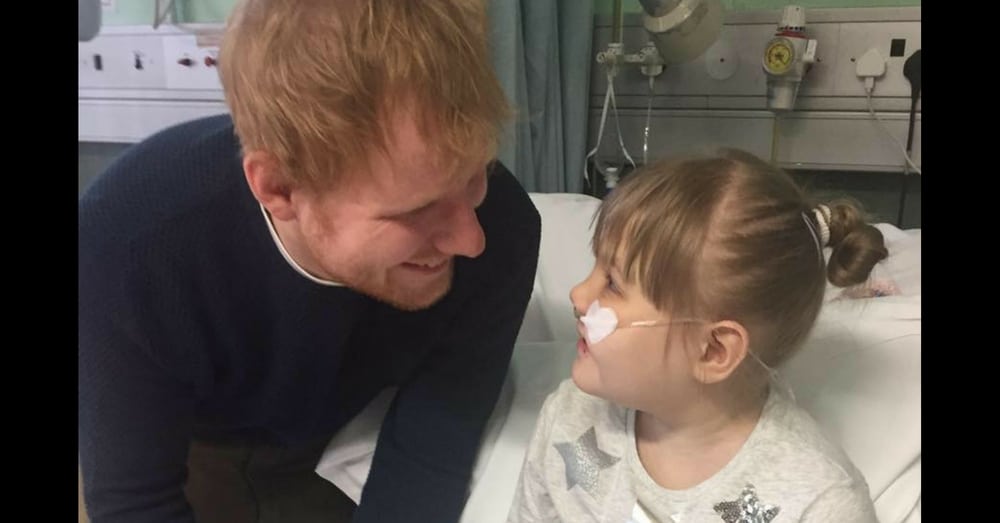 According to doctors, Melody Driscoll shouldn’t be here. The nine-year-old suffers from Rett syndrome, a neurological disorder that causes problems with her brain function and prevents her from being able to walk or talk.

When she was born doctors told her parents the little girl wouldn’t live past the age of four, but Melody is a fighter and has proven them all wrong.

Melody’s mother, Karina, says many people treat Melody like a baby and talk down to her, thinking she can’t understand anything, but that couldn’t be further from the truth. The little girl sees and understands and has deep emotions and feelings just like everyone else.

A little over a year ago Melody heard some music by singer/songwriter Ed Sheeran and she immediately fell in love. Seeing the connection her daughter felt with the singer, Karina started a campaign to see if she could get Sheeran to come visit.

“Our local police then came on board our campaign and everyone was tweeting and sharing it,” Karina said.

Finally she was contacted by Sheeran’s manager who said he would make it happen.

When Sheeran walked into Melody’s room at Epsom Hospital in Surrey, England, the young girl had a hard time believing it was really him. He had to show her his tattoos to convince her!

After spending some time with her, Sheeran sat down to sing his hit single “Photograph.” Though she couldn’t talk or sing along, Melody’s reaction to his singing said it all.

Karina said that “was the happiest I have ever, ever seen her in her entire life.”

After he finished singing, Melody gave Sheeran a photo of herself so he will always remember her, though something tells me this little girl would be hard to forget!

In a Facebook post later, Karina thanked Sheeran for what he did for Melody and wrote about how impressed she was with the star.

“I was so impressed that you came into the ward on your own, no management, no security, no publicity, nothing. Just you,” she wrote. “That meant so much to us all. It showed that you weren’t doing it for publicity, you were doing it for Melody.”

“You were amazing with her,” she added. “You treated her normally. It’s amazing the amount of people who don’t think she can understand anything because she can’t talk so they treat her like a baby. But you saw through all that and saw Melody for who she truly is. An amazing little girl who deserves the world. A true princess.”

Were you touched by what Ed Sheeran did for Melody? So share this!