She Tells Heidi Klum To Look At Her Ears. What She Does Next Leaves The Model Floored 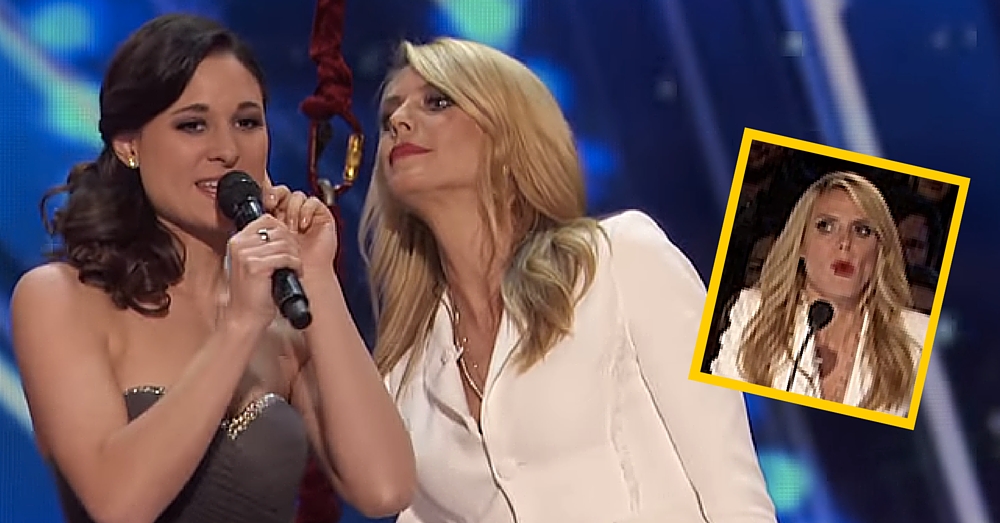 We’ve seen some pretty amazing acts on America’s Got Talent (and the other Talent shows) over the years, but this one might be one of the most unexplainably incredible ones we’ve ever seen!

Tommy and Amelie, who together call themselves “The Clairvoyants,” put together an act that left the entire audience dumbfounded in amazement. Even the judges, who have seen a lot of acts during their time in show business, had no explanation and looked completely flabbergasted.

To start their act, the couple had judge and model Heidi Klum come up on the stage. First, they asked her to check Amelie’s ears for hidden speakers, and she confirmed there were none. Then Tommy asked her to inspect the blindfold he had to make sure there was nothing hidden in it and that she was unable to see through it. When Heidi confirmed that it was a normal blindfold, Tommy put it over Amelie’s eyes and asked Heidi to pick something random out of her bag.

What happens next you have to see to believe. Click on the video below to check it out.

When Amelie was able to tell the audience what Heidi had picked out of her bag, even down to the shade of the lipstick, the entire audience was aghast. Judge Howie Mandel even looked a little frightened, exclaiming, “That’s amazing!”

We still have no idea how this couple does this incredible feat, but one thing’s for sure – we want to see more of it!

Were you blown away by this couple’s act? So share this!