Teen’s Metal Detector Goes Off In Backyard, Then He Realizes G’pa Was Telling The Truth 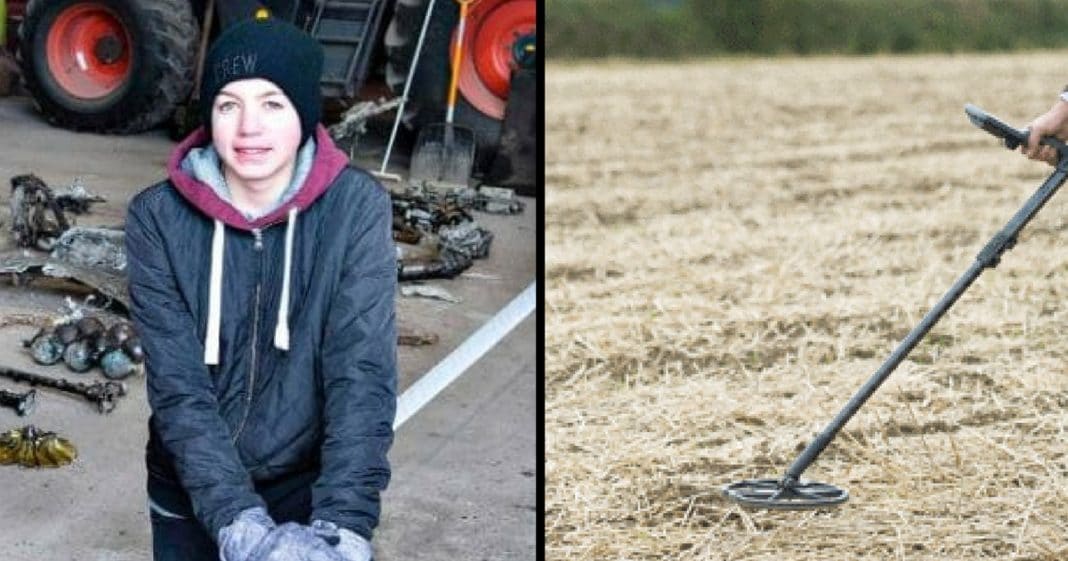 Growing up, 14-year-old Daniel Kristiansen had heard the story from his grandfather about a plane crashing into the field of their family farm back in the 1940s.

The story sounded too improbable to be true and, even if his grandfather was telling the truth, the family figured the remains had been picked up long before.

It wasn’t until Daniel had to do a project for school recently that the family realized his grandfather’s tales hadn’t been quite as tall as they originally thought!

Daniel was supposed to be working on a report about WWII and his dad jokingly suggested he try to find the remains of the plane.

“When Daniel was recently given homework about World War II, I jokingly told him to go out and find the plane that is supposed to have crashed out in the field,” Daniel’s dad, Klaus, recalled.

Figuring he had nothing to lose, Daniel set out on the family farm with a metal detector in hand. When it actually started beeping, the family was stunned.

As they started to dig they found pieces of the WWII plane, including parts of the motor and some personal belongings of the pilot.

They contacted authorities who quickly sent forensic detectives and policemen. As they began to go through the wreckage they actually found the remains of the pilot who had crashed the plane that fateful day.

They are still working to figure out the identity of the pilot, but in the meantime Daniel has finished his report and turned it in. He plans to update it once he hears back from authorities.

He also learned a valuable lesson that day – always listen to your grandparents!

Were you amazed to see what Daniel found right in his backyard? So share this!