Teen Finds Wallet Filled With $2,300. What He Does Next Leaves His Mom Speechless 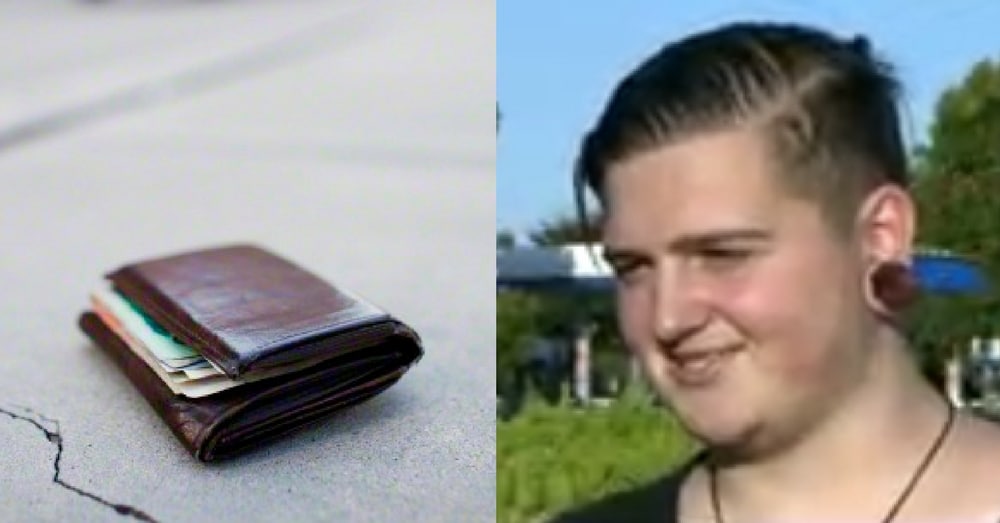 Tommy O’Connor, a senior at Irvington High School in Fremont, California, was walking across the street to a convenience store to buy a soda when he noticed a wallet on the ground. He stopped to pick it up, and when he looked inside he couldn’t believe his eyes.

The wallet was full of cash!

Tommy didn’t stop to count it then – he figured it was someone’s rent money – but he later learned that the wallet held $2,300!

The teen immediately took the wallet to a teacher’s aide at his school who helped him return it to its rightful owner. The man turned out to be a veteran.

This story would be impressive enough on its own, but it turns out that Tommy’s family has fallen on some hard times. The teen didn’t even have enough money to buy lunch the day before. Even still, he knew he had to do the right thing.

His mom was so proud of what Tommy did. After she heard about his selfless act from his teacher she sent her son this text:

What Tommy wrote back is a testament to his character as well as his mother’s excellent parenting skills.

Tommy did receive a $50 reward for returning the wallet. He definitely deserves it!

Are you proud of Tommy for doing the right thing, despite his family’s difficult circumstances? So share this!