Is Sushi ‘Healthy’? What About Granola? Where Americans And Nutritionists Disagree 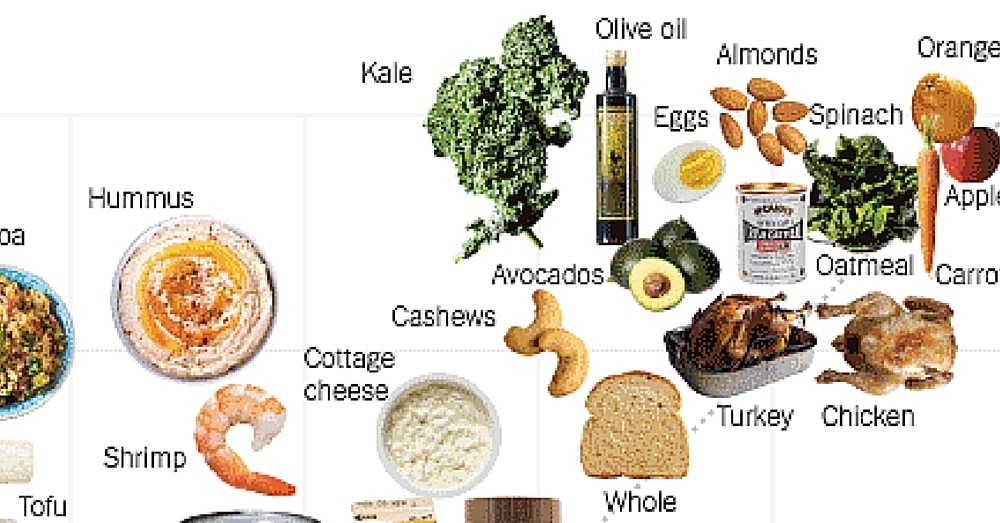 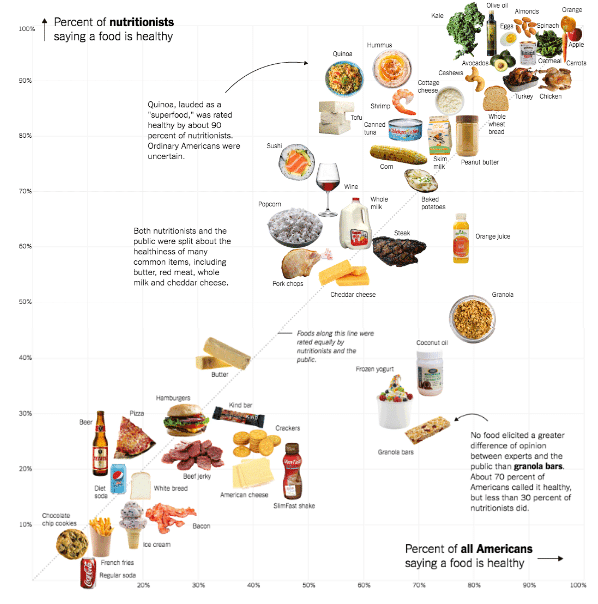 Is popcorn good for you? What about pizza, orange juice or sushi? Or frozen yogurt, pork chops or quinoa?

Which foods are healthy? In principle, it’s a simple enough question, and a person who wishes to eat more healthily should reasonably expect to know which foods to choose at the supermarket and which to avoid.

Unfortunately, the answer is anything but simple.

The Food and Drug Administration recently agreed to review its standards for what foods can be called “healthy,” a move that highlights how much of our nutritional knowledge has changed in recent years – and how much remains unknown.

The results suggest a surprising diversity of opinion, even among experts. Yes, some foods, like kale, apples and oatmeal, are considered “healthy” by nearly everyone. And some, like soda, french fries and chocolate chip cookies, are not. But in between, some foods appear to benefit from a positive public perception, while others befuddle the public and experts alike. (We’re looking at you, butter.)

“Twenty years ago, I think we knew about 10 percent of what we need to know” about nutrition, said Dariush Mozaffarian, the dean of the Tufts Friedman School of Nutrition Science and Policy. “And now we know about 40 or 50 percent.”

Here’s what we found. 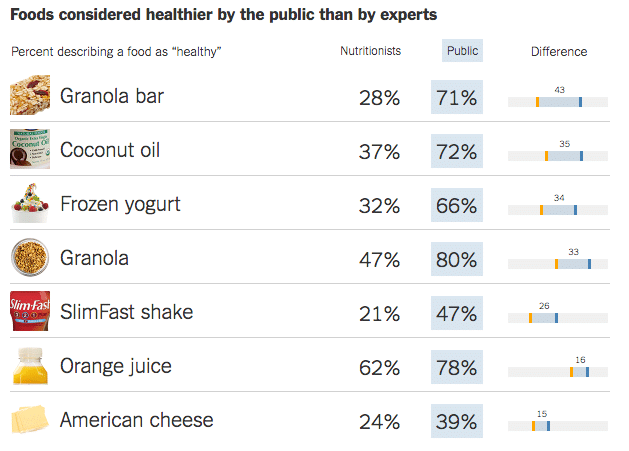 Several of the foods considered more healthful by everyday Americans than by experts, including frozen yogurt, a SlimFast shake and granola bars, have something in common: They can contain a lot of added sugar. In May, the Food and Drug Administration announced a new template for nutrition labels, and one priority was to clearly distinguish between sugars that naturally occur in food and sugars that are added later to heighten flavors. (You’d be surprised how many foods contain added sugar.) It’s possible nutritionists know this, but the public still does not. 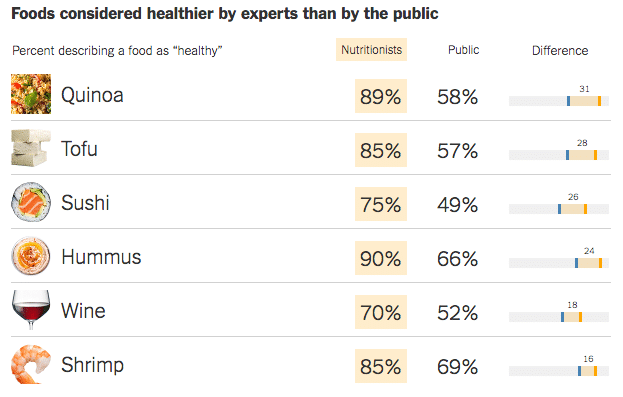 On the other end of the spectrum, several foods received a seal of approval from our expert panel but left nonexperts uncertain. Most surprising to us was the reaction to quinoa, a “superfood” grain so often praised as healthful that it has become the subject of satire. (At the moment, The New York Times cooking site offers 167 recipes for quinoa, roughly a third of which are explicitly tagged “healthy.”)

In addition, tofu, sushi, hummus, wine and shrimp were all rated as significantly more healthful by nutritionists than by the public. Why?