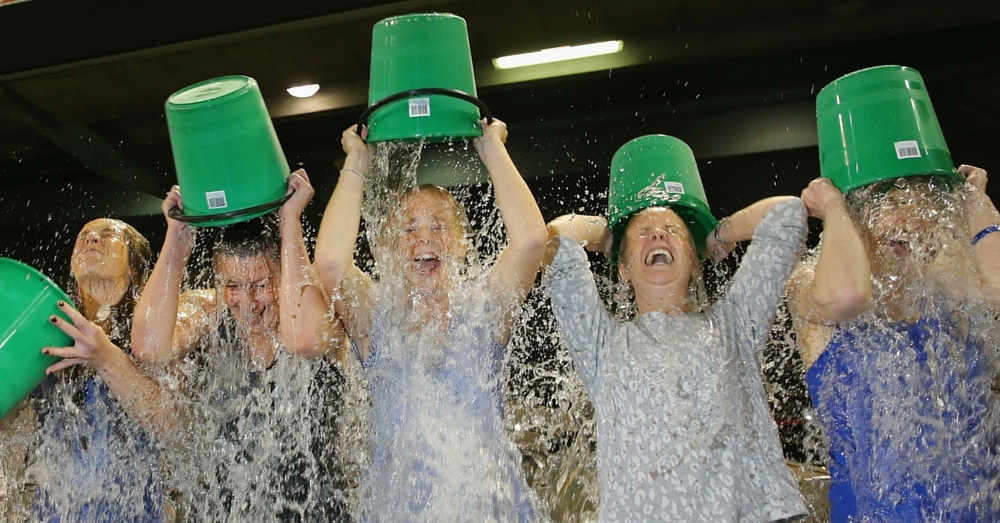 In 2014, the viral Ice Bucket Challenge began to take over our news feeds. For weeks as we scrolled through Facebook we were met with videos of people getting soaked with buckets of ice water in an effort to raise awareness about ALS and money toward finding a cure.

It seemed like everyone was getting in on it – from our actual friends to celebrities like Bill Gates, Amy Adams, and Steph Curry. Over 17 million videos of people getting dumped on were posted online!

As I watched these videos go viral I was happy to see awareness being raised about ALS – also called Lou Gehrig’s disease – a degenerative disease that causes deterioration of the nerve cells in the brain and spinal cord, eventually leading to the inability to breath and a difficult death. But I wondered how much good the challenge was really doing. Would anything come from it that would actually benefit those suffering from the disease?

Well, two years later, my question has finally been answered, and in a wonderful way! On Monday, the ALS Association announced an important breakthrough – researchers have identified a gene that is responsible for ALS, providing them with a potential target for therapy development.

“The sophisticated gene analysis that led to this finding was only possible because of the large number of ALS samples available,” said Dr. Lucie Bruijin, Chief Scientist at the ALS Association. “The ALS Ice Bucket Challenge enabled The ALS Association to invest in Project MinE’s work to create large biorepositories of ALS biosamples that are designed to allow exactly this kind of research and to produce exactly this kind of result.”

While some may have originally seen the Ice Bucket Challenge as a waste of water and a form of “slacktivism” (lazy activism), it is wonderful to see that the results of this viral media challenge have actually brought us one step closer to finding a cure for ALS!

Were you happy to see this viral “challenge” actually lead to a breakthrough? So share this!