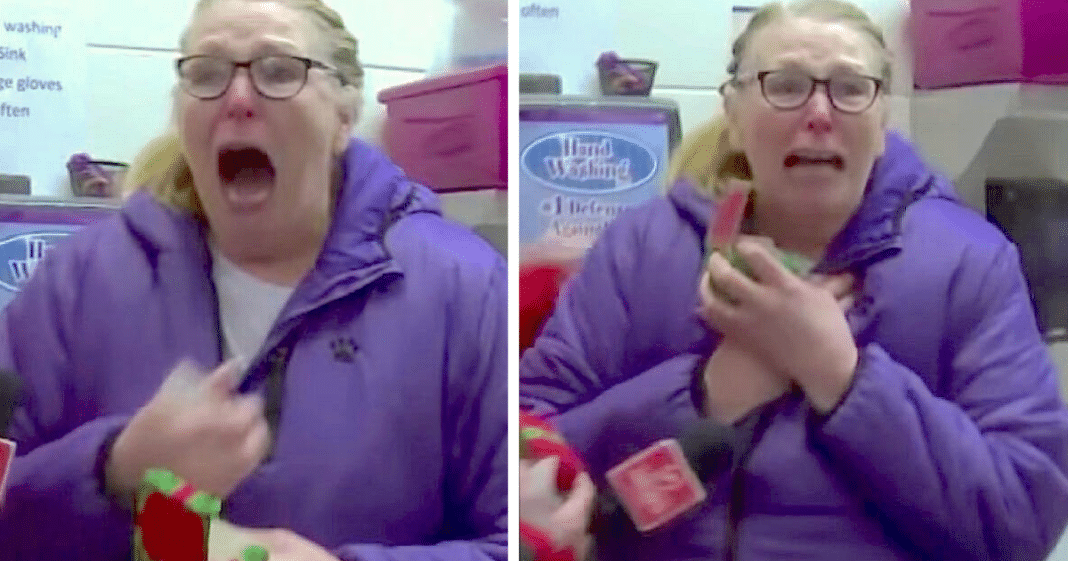 Cheryl Stewart and her husband have been struggling financially because her husband is battling prostate cancer and lupus. A cancer survivor herself, Cheryl is now the sole support of her family as her husband fights his own cancer battle.

As an employee of Teton High School in Idaho, Cheryl enjoys her job. The cafeteria job isn’t Cheryl’s only job.  She does odd jobs around town, including cleaning jobs. She also bakes rolls for every funeral in Teton Valley. She’s a busy lady with no time for herself as she diligently performs all of her duties and cares for her sick husband.

As if things weren’t hard enough for Cheryl, her car recently broke down, needing a new engine. Since she didn’t have money for the repairs, she has been using her parent’s car to get to work. Furthermore, Cheryl recently had surgery on her foot during the school’s winter break. 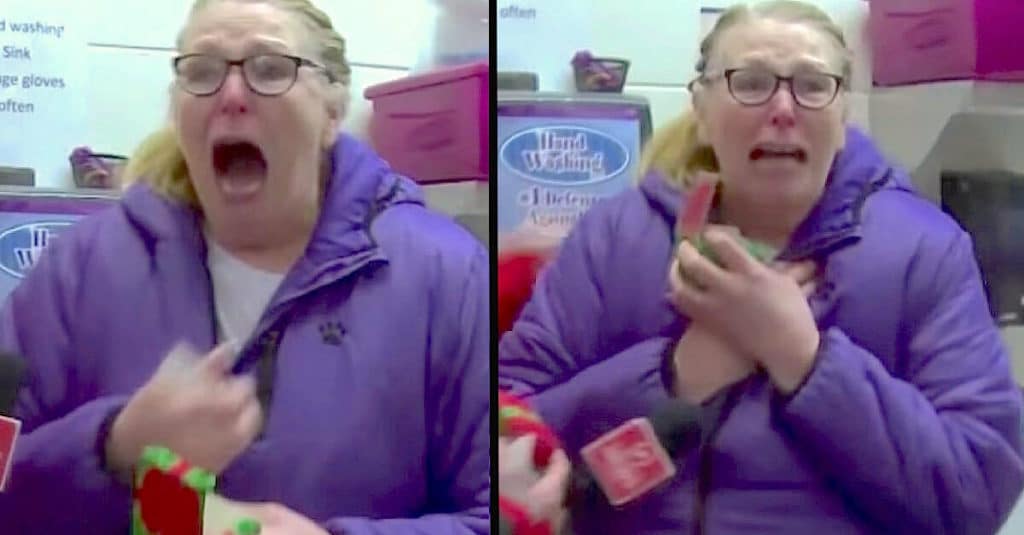 But Cheryl recently got a real break of her own, as reported by the East Idaho News. As most low-wage workers do, Cheryl jumps at the chance to work overtime. So when her boss called her in to cover an “emergency shift,” she went to work, where she got the surprise of her life.

When Cheryl showed up to work, a camera crew was waiting for her and they followed her down the hall as Cheryl cried and was shaking. When she went outside, she saw that she had been gifted a new SUV. 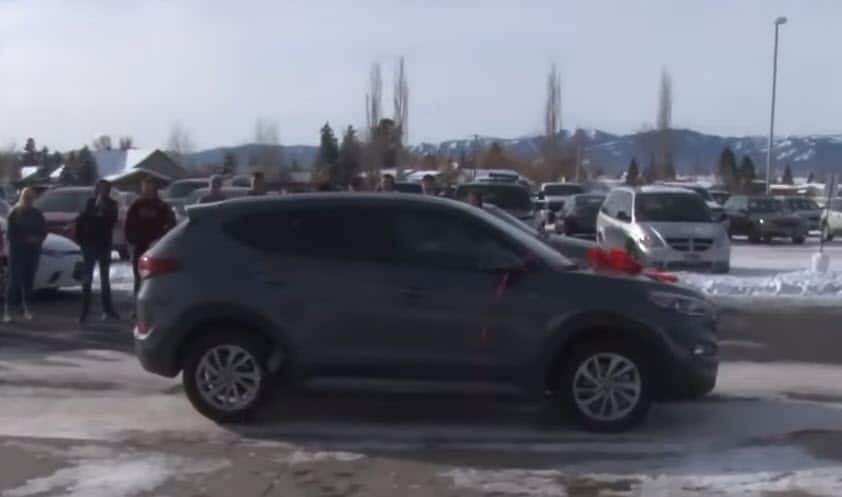 “Thank you, Secret Santa, whoever you are,” Cheryl said. “This is going to help me so much, we struggled so much.”

She said this to students as she made her way down a hallway.

“You guys, they bought me a car. Can you believe this? I can’t even breathe.”

She was also given $100 in addition to the car. 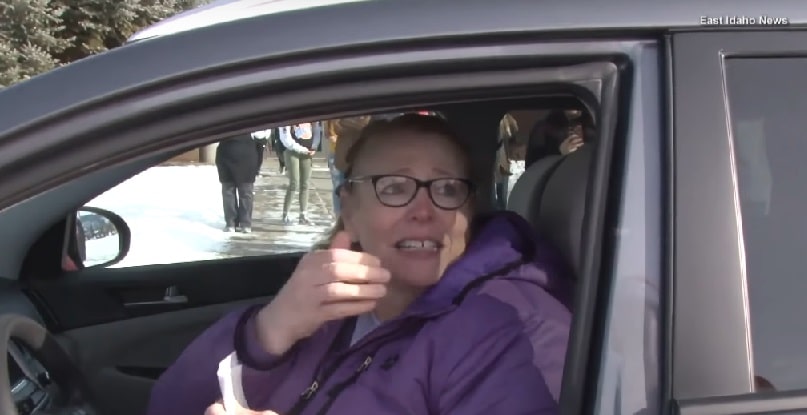 Many people are saying that this Secret Santa is the same man who recently donated money to a struggling widowed father of seven children.

The blessings of the holiday season have been so valuable to these hard-working people who are struggling. Thank you, Secret Santas everywhere, for making people’s lives just a little bit easier.