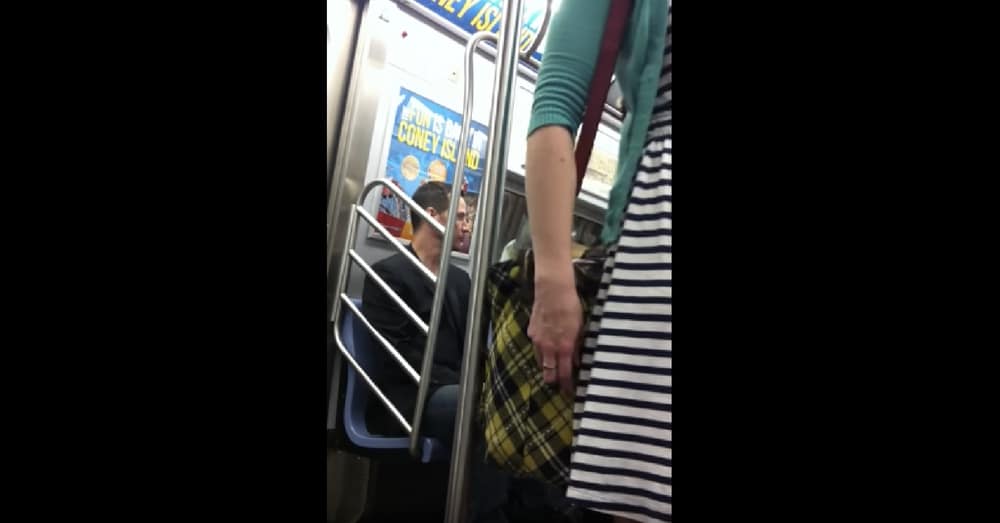 Actors and other celebrities often get a bad rap for being stuck up or rude. And while that may be true for some, I think most of them are just trying to live as normal of a life as possible (or maybe some of them are just overwhelmed or fed up with all of the screaming fans and cameras that are being pushed in their faces).

The truth is, a lot of them are actually very nice people who haven’t let fame get to their heads, as evidenced by this video that was stealthily filmed on the New York subway.

It’s not uncommon to see celebrities riding the subway in New York, and when this guy saw actor Keanu Reeves sitting in the seat across from him he pulled out his camera to get proof of his celebrity sighting.

What he wasn’t expecting was to catch Reeves in a genuine act of kindness.

Reeves was quietly keeping to himself as the train stopped to let passengers on and off. The car started to fill up and all the seats were taken when Reeves noticed a woman who was standing next to him.

Unaware that anyone was watching he offered the woman his seat, which she gratefully took.

It was such a simple gesture, but one that meant a lot to the woman he helped and displayed his true character.

“Keanu Reeves is a gentleman,” the filmer said when he posted the video. “Yep! Who knew? Hate all you want, but the dude has class!”

Were you happy to see this actor display true kindness to his fellow passenger? So share this!