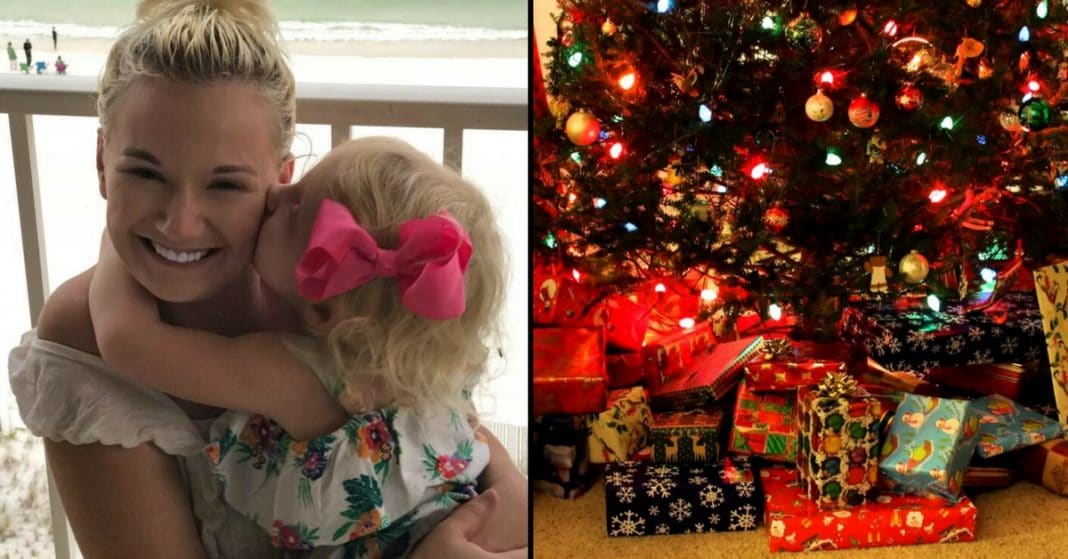 For many children across the globe, Christmas is a magical time. Part of what makes the holiday so special is the anticipation of Santa and his reindeer making a stop at their house to bring all the toys they’ve been dreaming of.

Parents love to help bring this magic to life. They smile gleefully as they wrap up the special presents they know their children have their hearts set on. On Christmas Eve, after the kids have gone to bed, they sneakily place the gifts beneath the tree with the tag cheerfully declaring, “From Santa.”

It’s hard to imagine anyone trying to “poo-poo” this time-honored tradition. In fact, many might call such a person a “Grinch.”

But one social worker is begging parents to stop giving Santa the credit for their kids’ expensive gifts, and her reasoning makes a lot of sense.

“I can not stress this enough. STOP TELLING YOUR SANTA AGE KIDS THAT THEIR IPADS, AND IPHONES, AND 200 DOLLAR TOYS ARE FROM SANTA,” Megan Dunn begged in a Facebook post.

As a social worker, Megan works with a lot of families who cannot afford to give their children nice presents. They might just be able to afford the necessities.

So when these kids get socks or a coat from Santa and then go to school and hear that Santa left their classmates new iPads or the latest “hot” toy, they wonder what they did to get on Santa’s naughty list.

“This is the second year I’ve had a parent cry to me telling me that their kid asked if they weren’t good enough or if Santa didn’t like them as much,” Megan said. “Breaks my heart for the parents and the kids.”

Megan clarified that she’s not suggesting parents get rid of Santa altogether. She just wants parents to take credit for the big gifts and let “Santa” give the smaller ones.

Megan’s post quickly went viral, and it was not without controversy. While some applauded her suggestion, others said they didn’t think parents should feel any obligation to change their gift-giving traditions just because it might hurt another child’s feelings.

Megan ended up writing a follow-up post calling out the hypocrisy in this line of thinking. She noted that people were criticizing her plea and saying kids should learn the reality of life when they were, in fact, promoting the idea of a fictional character delivering presents.

Whether you agree with Megan or not, surely you can support the fundraiser she began after her initial post. Called Santa’s Piggy Bank, the purpose is to act as “Santa’s rainy day fund” for parents who are struggling to buy Christmas presents for their kids.

Christmas should be a magical time. Why not make sure it stays that way for all kids?

What do you think of Megan’s post? Should parents stop giving Santa the credit for the “big gifts,” or should Megan have minded her own business? Share and let us know your thoughts in the comments!