4 Skateboarders Catch Man Assaulting 15-Yr-Old Girl. What They Do Next Is Incredible 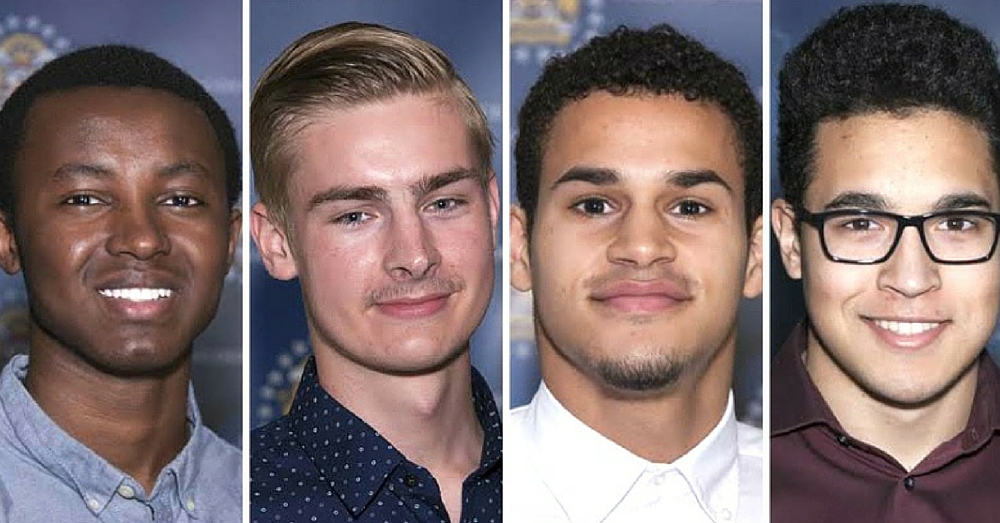 Four skateboarders received special recognition after they stepped in when a man was sexually assaulting a woman, scared him off, chased him down, and held him until police arrested him.

The young men — and 25 other Calgarians — received an award from Chief Const. Roger Chaffin in recognition for their exceptional bravery at the Chief’s Awards Gala Thursday night.

The four friends were in an underground parkade at Chinook Mall when they saw a well-dressed man carrying what appeared to be a seriously drunk and distraught young woman.

“She was screaming and yelling. She just wanted to be out of there. She was all scuffed up and dirty,” said Carsyn Wright, one of the longboarders.

They stopped the man and began questioning him to determine whether or not the woman was safe.

The man answered the group’s questions, saying he was trying to phone the girl’s father for a ride home.

The group, believing him, let him go and watched the pair enter a nearby stairwell.

“You don’t want to really think of the worst in somebody like that. You don’t want that situation to be real, so you just brush it off and hope for the best,” Wright said.

The four friends rode off with the intention of returning to check on the girl a few minutes later.

When they returned, they saw the man sexually assaulting the young woman.

“He had her in a stairwell, bent over, and just, it was disgusting,” Wright said.

Arnaud Nimenya said his initial reaction was one of shock. “You walk in, and you see something like that, and you freeze. You don’t know what to do.”

When they realized what was happening, they immediately moved to stop the attack.