Single Mom’s Babysitter Cancels So She Takes Kids To Exam. Then She Walks Out To Amazing Scene 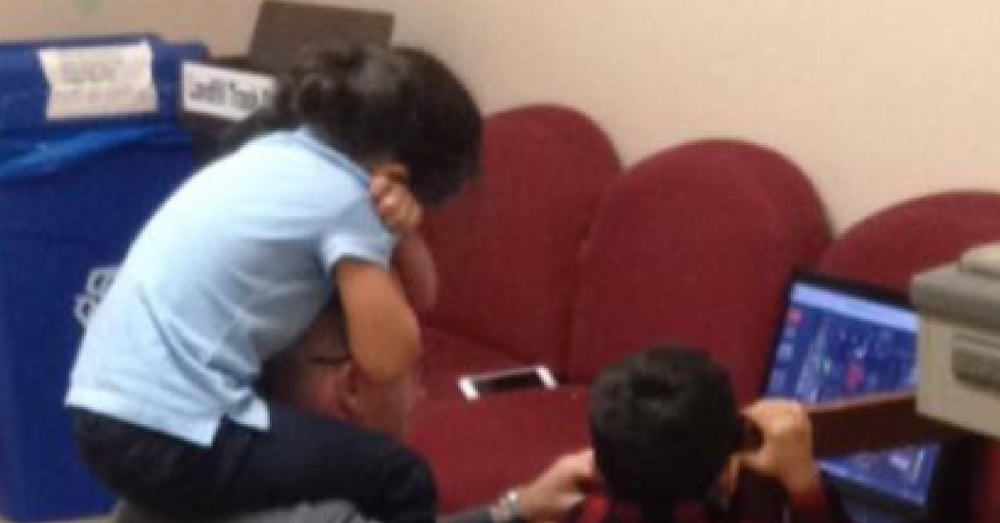 Sometimes it’s the small acts of kindness that end up meaning the most. That was the case when Monica Willard was left without a babysitter right before she had to go take an exam.

Monica is a single mother to two young kids, as well as an ROTC student. She was scheduled to take her military history exam one night when her babysitter called and cancelled at the last minute.

Not knowing what else to do, the determined mother brought her kids with her and set them up in front of a laptop in the hallway outside the exam room.

After a few minutes the kids started to get a little loud in the hallway. Without missing a beat, Monica’s professor, Dr. Daniel Krebs, walked outside and started playing with them.

When Monica finished her exam and walked out of the classroom, she found her kids like this:

Monica’s friend, Victoria Henry, snapped a picture of the precious moment and posted it on Facebook.

“Witnessed one of the most caring gestures of my college career tonight,” she wrote. “As a friend of mine was preparing to take our final exam for military history, her babysitter canceled on her. I suggested she just bring them and have them play on their tablet in the hall rather than skipping the exam. After just a few minutes of the kids playing loudly, the professor went to the hall and simply started to play with them to keep them occupied while their mom took the final. Such a kind and caring act committed when the reaction could have been the complete opposite. My heart is warm tonight. Tis the season.”

It may seem like a small thing to go outside and keep the kids calm and entertained, but for a mom who was already stressed out and self-conscious about bringing her kids, Dr. Krebs’ kind act was exactly what she needed at that moment.

He could have gotten angry and demanded that she control her kids or leave the exam room, but he decided to show patience and love instead, and that meant everything.

Were you touched by what this professor did? So share this!