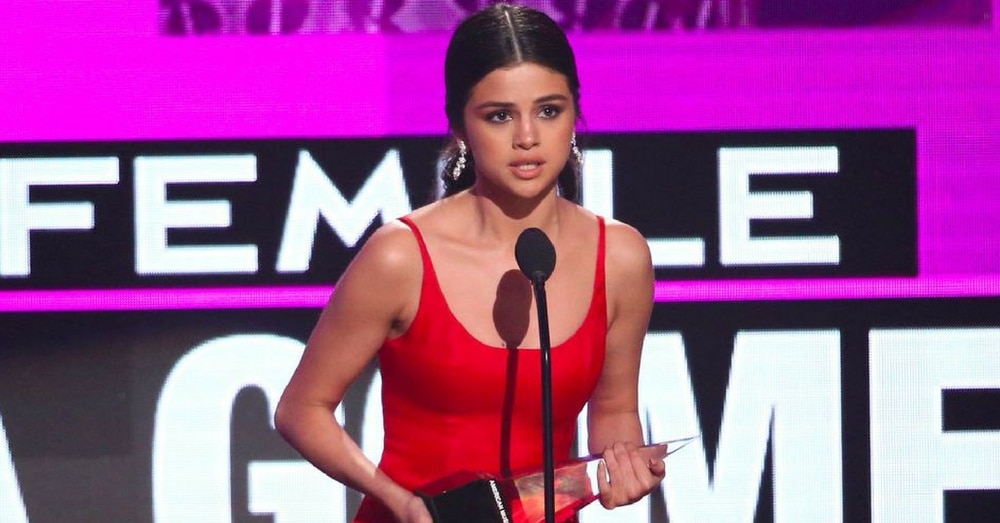 Anyone who has had a brush with fame can tell you that it is fleeting, and often destructive. The search for more and the striving to stay on top often leads to brokenness and pain.

Singer Selena Gomez knows this firsthand. The young starlet was at the top of her game, but made waves when she announced that she was going to be taking a career hiatus to focus on her mental health.

Gomez attributed her lupus, an autoimmune disease, to the “anxiety, panic attacks and depression” she was suffering from. Her demanding career wasn’t helping, so she decided to take a break and distance herself from it for a while while she went to rehab to get better.

On Sunday, the young singer made a triumphant return when she was named favorite female artist in the pop/rock category.

Gomez took the stage and delivered a speech which left the entire audience speechless and has since gone viral.

“I think it’s safe to say most of you know a lot of my life, whether I liked it or not,” she said. “I had to stop, ’cause I had everything and I was absolutely broken inside.

“I kept it all together,” she continued, “enough to where I would never let you down, but I kept it too much together to where I let myself down.”

Speaking to her young fans she said, “I don’t want to see your bodies on Instagram. I want to see what’s in here,” motioning her heart. “I’m not trying to get validation, nor do I need it anymore.”

“If you are broken,” she concluded, “you do not have to stay broken.”

Her message is one we could all heed.

Watch her emotional speech by clicking below:

Do you think Selena’s message is an important one for all of us to hear? So share this!