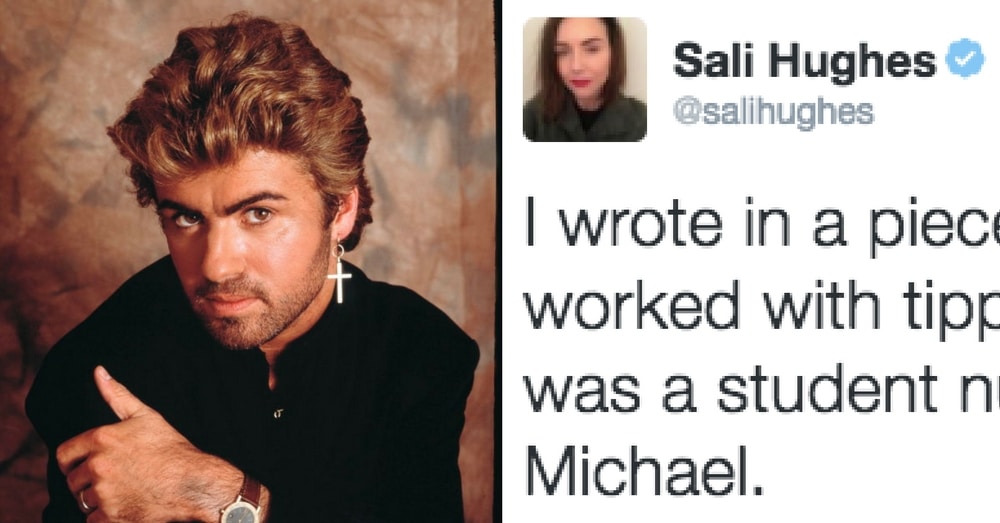 As millions around the world mourn the death of singer George Michael, best known as half of the musical duo Wham! which rose to popularity in the 1980s, many people are coming forward to share a side of the singer he preferred to keep secret in life – his generosity.

Just hours after his death had been announced, TV presenter Richard Osman revealed that after a woman appearing on the show Deal or No Deal revealed she needed £15k for IVF treatment, Michael called in to give her the money.

A woman on ‘Deal Or No Deal’ told us she needed £15k for IVF treatment. George Michael secretly phoned the next day and gave her the £15k.

Once Osman shared his story, dozens of others started to flood in.

Journalist Sali Hughes revealed that a story she wrote years ago about a celebrity who had tipped a bartender £5k because he found out she was a nursing student in debt was actually about Michael. The story was confirmed by another person who added that the singer asked a waitress to wait until after he left to give the bartender his check.

I wrote in a piece ages ago about a celeb I’d worked with tipping a barmaid £5k because she was a student nurse in debt. Was George Michael.

Hughes also noted that, while a contestant on Who Wants to Be a Millionaire?, Michael said that even if he lost he would donate his own money to the charity he was playing for – the only celebrity to ever do that.

George Michael was also the only star on HWTBAMillionaire who, when gambling all the charity’s cash, said “if I lose it, I’ll just pay it”.

Dame Esther Rantzen, the founder of Childline, a charity that provides 24-hour counseling services for children and youths, reveled that Michael donated the royalties from his 1996 number one single “Jesus To A Child” – an amount in the millions – to the organization, but was determined to keep it quiet.

“For years now he has been the most extraordinarily generous philanthropist,” she said. “Over the years he gave us millions and we were planning next year, as part of our 30th anniversary celebrations to create, we hoped, a big concert in tribute to him — to his artistry, to his wonderful musicality but also to thank him for the 100s of 1,000s of children he helped through supporting Childline.”

It has also been noted that Michael donated the royalties from Wham!’s single “Last Christmas/Everything She Wants” to Ethiopian famine relief.

After losing his partner Anselmo Feleppa to AIDS in 1993, Michael became involved with the Terrence Higgins Trust, an organization that helps those living with HIV and AIDS, and also worked with the AIDS research charity the Red Hot Foundation and donated the proceeds from his single “Don’t Let The Sun Go Down On Me” to AIDS hospice facility London Lighthouse and the Rainbow Trust children’s charity.

In 1997 Michael lost his mother to cancer. Despite the pain of her loss, he was incredibly grateful for the care and compassion her nurses showed her so, almost 10 years after her death, he put on a special concert in London for NHS nurses to say thank you.

His support for the LGBTQ community, the NHS and the miners marked George Michael out as an activist as well as a great artist. pic.twitter.com/tsKNp22Lr7

While he had his share of controversy and run ins with the law, these stories coming out after Michael’s death reveal that the singer truly had a heart of love and compassion for others. He didn’t care about getting the credit – he only wanted to do good for those in true need.

While some of us may look at the recognition he is getting now and think it’s sad he was not given more credit during his life, something tells us that’s just the way Michael would have wanted it.

As Twitter user Emilyne Mondo wrote in her own story of the singer’s generosity, that’s just who he was.

George Michael worked anonymously at a homeless shelter I was volunteering at. I’ve never told anyone, he asked we didn’t. That’s who he was

Our thoughts and prayers are with the singer’s family and loved ones during this difficult time.

Were you surprised to read about this generous singer’s “secret life?” So share this!