Simon Humiliates Him On ‘Got Talent,’ But Then Boy Does Something That Leaves Him Speechless 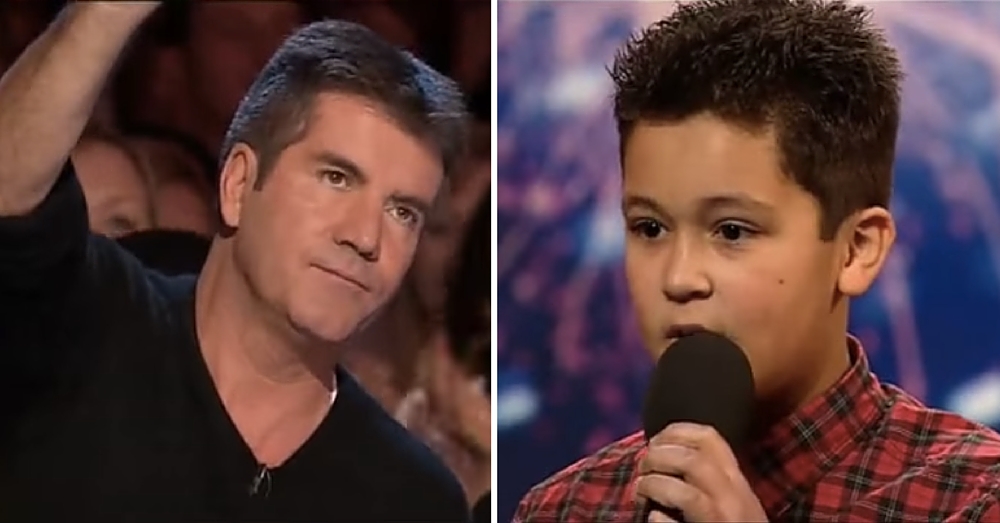 Shaheen Jafargholi came to Britain’s Got Talent with big plans to blow the judges away with one of his favorite songs. His audition didn’t go quite as planned, but what ended up happening changed his life.

Shaheen is no stranger to show business. He was a child actor who loves to perform. One of his favorite songs to sing is “Valerie,” by Amy Winehouse. He said he sings it at family gatherings and wedding and his grandfather especially loves to hear him sing it.

The young singer took the stage confidently as his mom waited anxiously in the wings. The crowd seemed to love him as he began to sing, but judge Simon Cowell cut him off just a couple of lines in.

“You got this really wrong,” the notoriously critical judge said.

While it seemed at first that Simon was going to kick the young lad off the stage, it turned out the judge had something different in mind.

While he didn’t think the song Shaheen had chosen was a good fit for him, he could tell the boy really was talented and he wanted to give him another chance.

“What do you sing apart from that?” he asked the now nervous young boy. “‘Who’s Lovin’ You’ by Michael Jackson,” Shaheen replied, and Simon asked if he would like to give that song a go.

While the audiences’ hearts had gone out to the boy, feeling for him and the humiliation he must have felt, as soon as Shaheen began to sing his second song they knew Simon had been right.

Click below to see the surprising performance for yourself!

Many people in the audience were screaming and jumping up and down, and even the judges gave the performance a standing ovation!

“This is how one song can change your life,” Simon said. “And this may be the start of something special for you, young man.”

Were you blown away by this young boy’s performance? So share this!