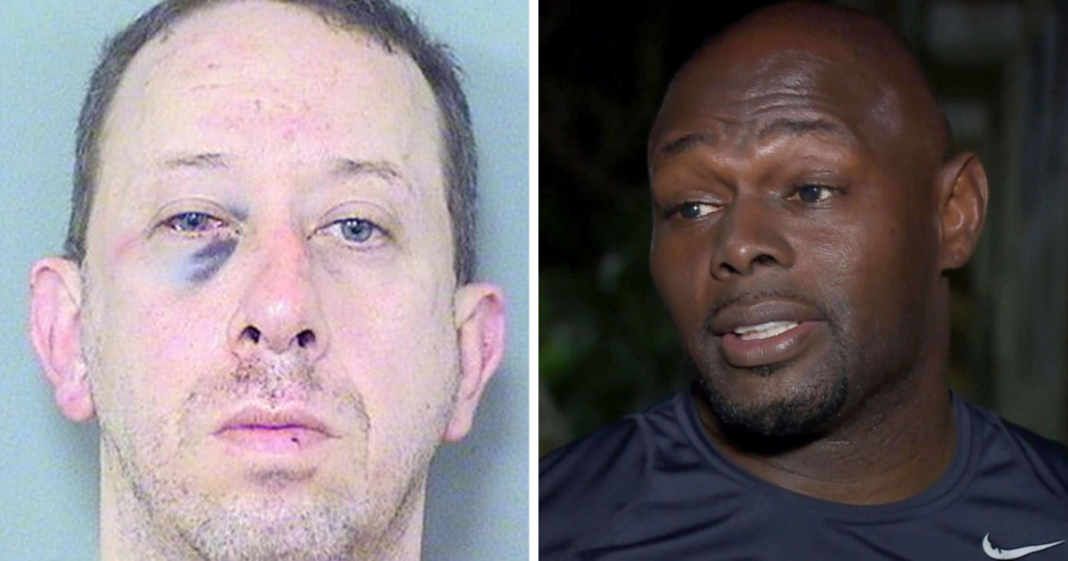 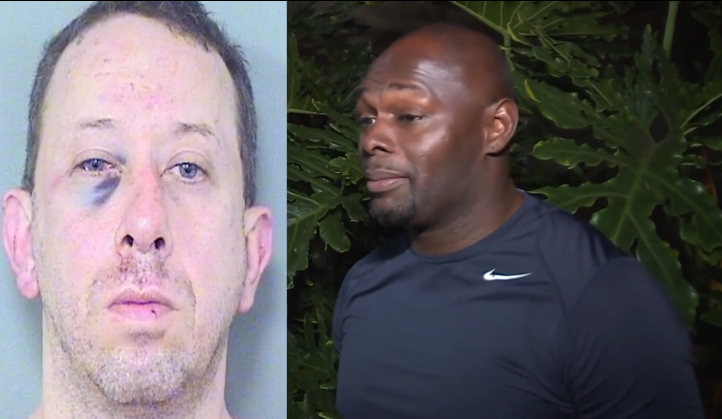 Former NFL player and Detroit Lion Tony Beckham was leaving his house at 6:40 a.m. on Monday when he saw some movement at the side of his house near the window of his 15-year-old daughter. At first, he thought it was someone perhaps doing some repair work.

“I waited for a second and I looked again,” Beckham told WPBF. “And I see a white male and he’s standing by my window and he’s trying to get a better position.” 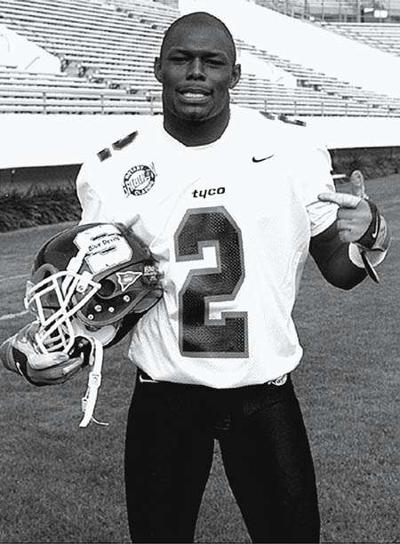 “I couldn’t believe it. I was like, ‘Is this for real?’ I thought I was getting ‘Punk’d,'” Beckham said, referring to the famous practical joke television show.

Beckham yelled at the man, later identified as Geoffrey Cassidy, and the man started running. Unfortunately for Cassidy, he messed with the wrong guy’s little girl. As an athlete, Beckham easily overtook Cassidy by tackling him. And there were very likely some personal fouls involved. (ha)

“I caught him at the apartment over there and we just had a good conversation,” Beckham said.

Cassidy’s mugshot shows that the “conversation” was exactly what he deserved: a huge black eye and some broken bones in his face. 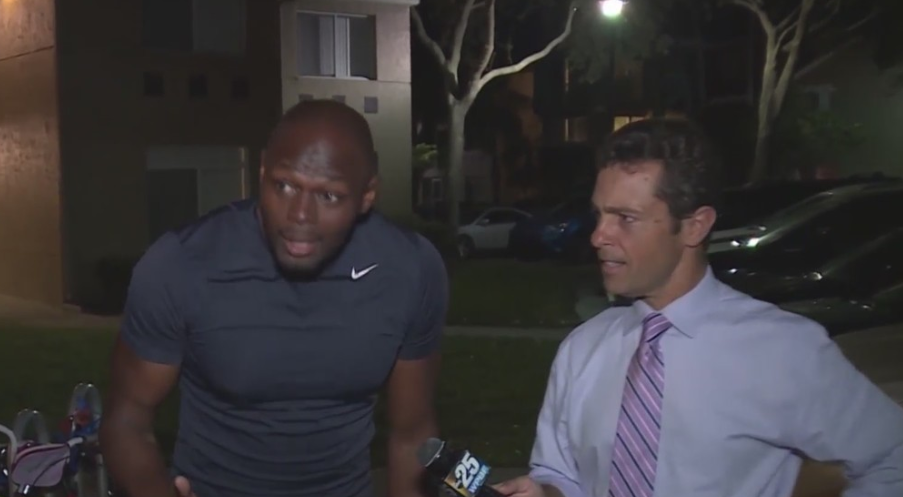 Amanda Beckham, Tony’s wife, quickly replaced the blinds in her daughter’s room and the rest of the home with some blackout blinds that no one can see through.

“I don’t know if this is his first time coming here or if he’s been here before or where he’s seen us or how he picked us out,” Amanda Beckham said. “But it’s scary.”

Tony makes a good observation that is terrifying.

“If he was that brave to do it right here, I know this is not the first time he’s done this,” Tony Beckham said.

Cassidy is being held at the Palm Beach County Jail and is charged with lewd and lascivious behavior with a victim younger than 16 years old. 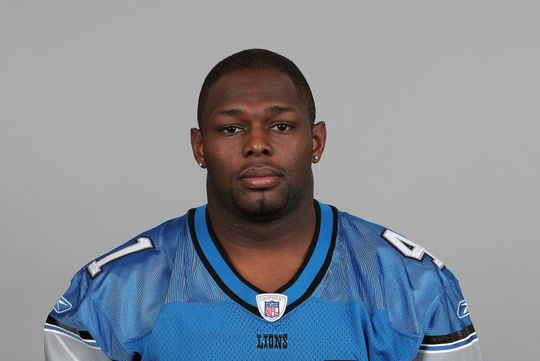 All daughters think their daddy is a hero, but in Tony Beckman’s daughter’s case, she now officially knows that her daddy will literally fight for her.