Siblings Give Single Mom Surprise Of A Lifetime. Her Reaction Is Priceless 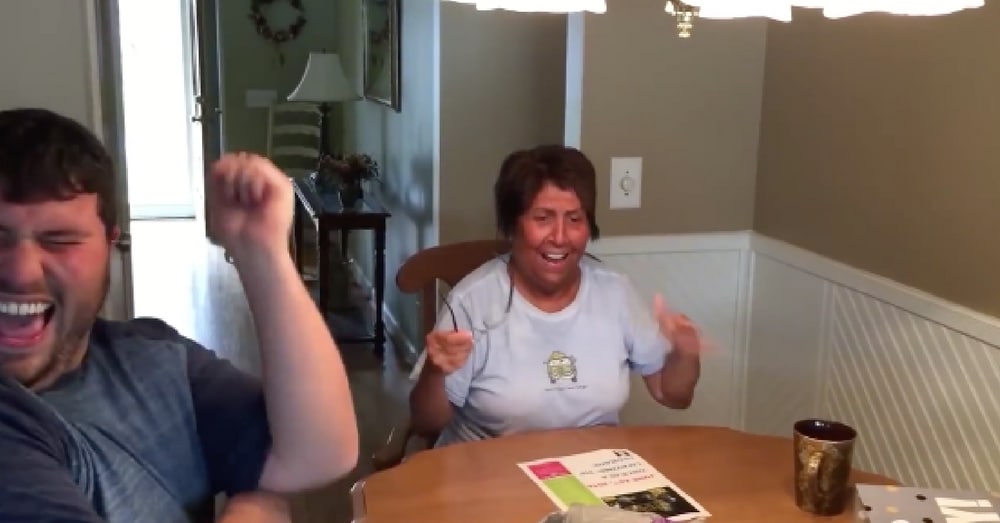 Motherhood is a hard, and often thankless job. And for single moms, the work increases exponentially.

When we’re kids we don’t often appreciate our parents, or know how to show them our love, but one of the great things about growing up is being able to give back some of the love that they gave us.

Siblings Jonathan and Monique wanted to give their hard-working mom the surprise of a lifetime, and it paid off bigger than they ever could have imagined.

Their mom, 69-year-old Betty Mate, raised the two of them on her own and still works two jobs to make ends meet. Now adults, Jonathan and Monique realize everything Betty gave – and gave up – for them, so they wanted to give something back to her.

Betty has been a die-hard fan of country music artist Keith Urban for years. For her birthday, her children got her a VIP package to one of his concerts that would let her go backstage and meet her celebrity crush.

When they first gave her the paper that outlined the VIP package she got so excited, even though she hadn’t fully comprehended what they had given her.

“What does this mean?” she kept asking as she squealed with joy.

Her reaction has since gone viral, viewed and shared thousands of times.

While the tickets were expensive, Jonathan insists they were totally worth it. “No money could pay for the reaction,” he said. “I would have sold everything I own and live under a bridge to see that one more time.”

Betty’s reaction when she finally got to the concert was even better!

“I can’t say that I’ve ever seen her so happy,” Jonathan said.

Betty brought Keith a t-shirt from a local guitar store and an anniversary card for him and his wife, Nicole Kidman.

What a beautiful way for these siblings to show their incredible mom some love!

Did you love seeing Betty’s reaction to the surprise as much as we did? So share this!