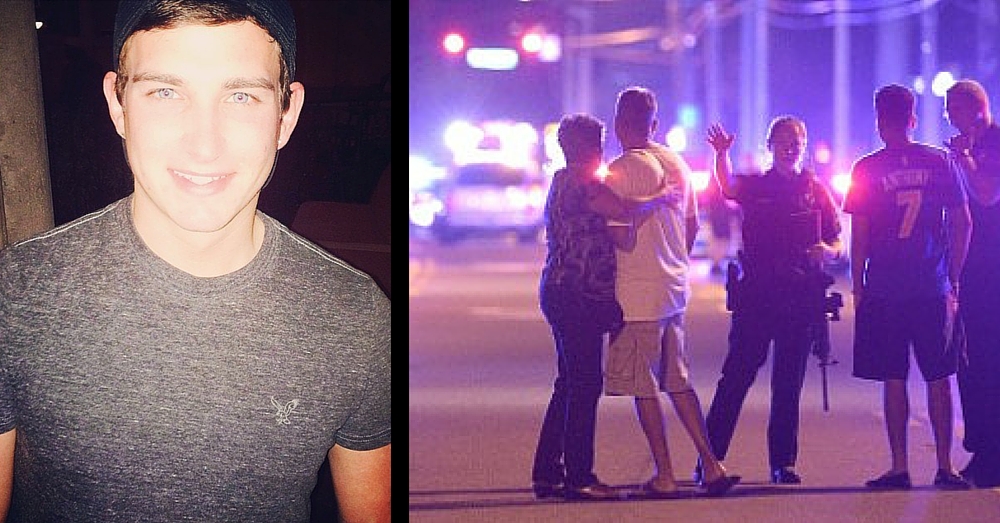 In the midst of tragedy it can be hard to imagine that any good can come from it, but sometimes there is a ray of hope that shines out in the darkness.

That is the case in this story shared by Joshua McGill after the Orlando shooting. His Facebook post about his experience has since gone viral, giving people a glimmer of hope to hold onto in the face of so much evil.

Josh was at the club the night of the shooting but was able to get out and hide under a car. Shortly after a man named Rodney who worked at the club and had been shot stumbled by. Josh grabbed Rodney and set him on the ground. “Don’t worry, I got you,” Josh told him.

He made a tourniquet out of his shirt and applied pressure to Rodney’s wounds while he comforted him. Police told him to keep Rodney conscious no matter what, so Josh talked to him and asked him questions about himself.

“I don’t know if you’re religious or not,” Josh told him, “but I’ll say a prayer with you.”

When it appeared to be safe, Josh and Rodney ran across the street to the police perimeter where they were taken to a hospital in a police car. Thankfully Rodney has been reported to be in stable condition.

“I felt God put me at the club and made me stay behind to help a complete stranger,” Josh said. “For whatever reason that may be.. I don’t know, but I do know it was hopefully to save his life. Maybe God be with us all in this time of need.”

Fred Rogers, late star of the popular children’s program Mister Rogers’ Neighborhood, once shared what his mom told him about what to do when facing dark and tragic circumstances. “When I was a boy and I would see scary things in the news, my mother would say to me, ‘Look for the helpers. You will always find people who are helping,” he said.

In the midst of this tragedy, it gives hope to see that there are helpers – there is still good in this world and darkness cannot stamp out the light.

Do you think Josh is a hero? So share this!