She’s Confused When Boy Stops At Her House, But She Immediately Knows Why When She Sees What He Does With Flag 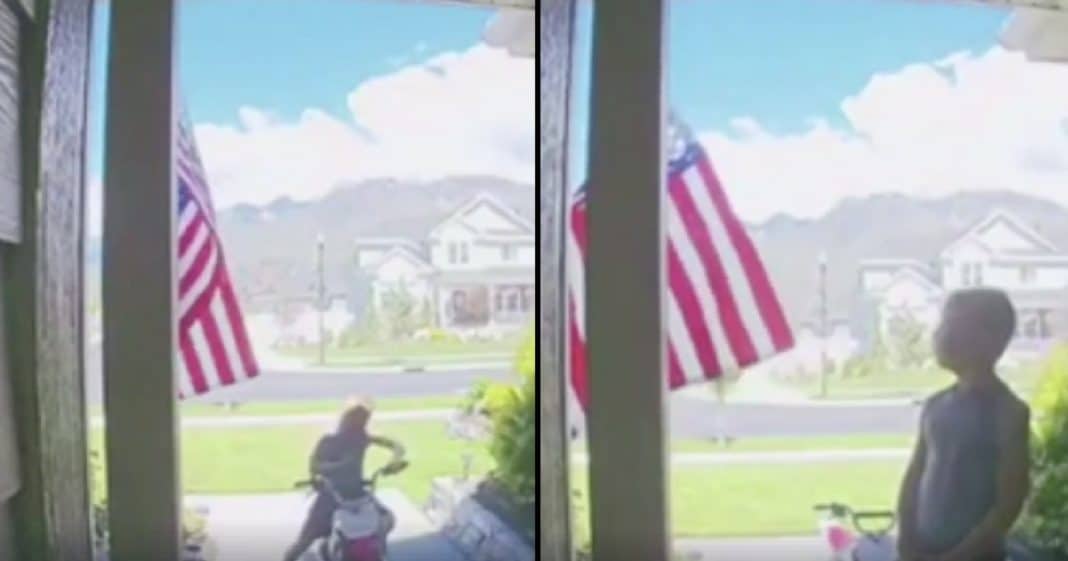 It seems like these days most kids don’t have a sense of patriotism or pride for their country like past generations have. If anything, they place their hands over their hearts to pledge allegiance to the flag and take their hats off for the National Anthem just because they were told to do so.

That’s why we are absolutely in love with this video of a young boy showing respect to the flag all by himself.

Seven-year-old Wyatt had ridden his bike over to his neighbor’s house, but when he saw the American flag outside he stopped before ringing the doorbell.

The neighbor’s security camera caught the young boy stop, place his hand over his heart, and recite the Pledge of Allegiance. Then he rang the bell and watched the Stars and Stripes wave in the wind while he waited for someone to answer.

Wyatt’s mother, Jami Warner, said she was surprised by what her son did, but also incredibly proud.

“He doesn’t pledge allegiance, that I am aware of, other than at school…or at an event,” she said. “I can’t remember a time when he did this on his own.”

While security cameras often catch people in the act of doing something bad, we’re glad this one caught Wyatt’s private patriotic display. We’re sure this young man has a bright future ahead of him!

Do you wish more young people would show this kind of patriotism and respect for our flag? So share this!