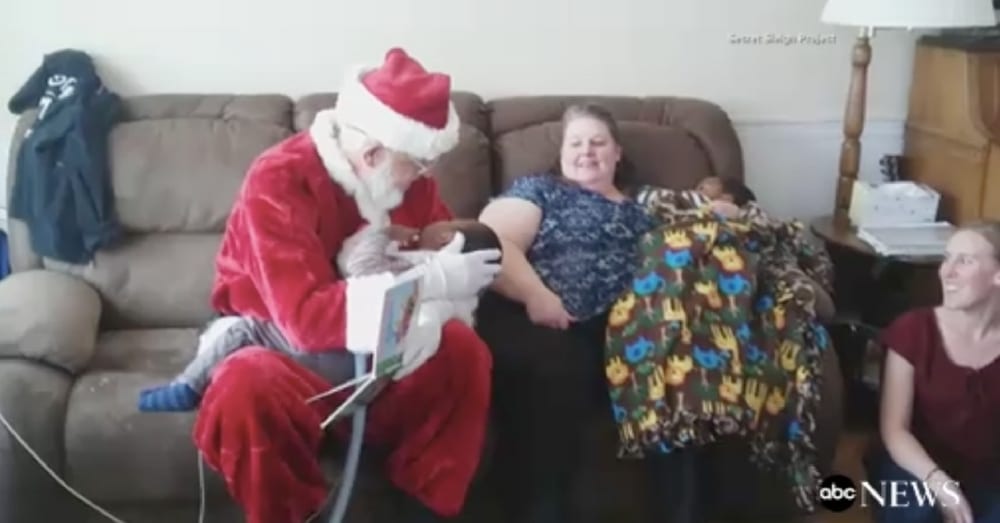 Dozens of kids who may never otherwise get the opportunity to meet Santa did just that over the weekend.

From Colorado to Wisconsin to Arizona, the Secret Sleigh project, for the second year, brought Santa to the homes of children so medically fragile that they are homebound. Some are terminally ill. 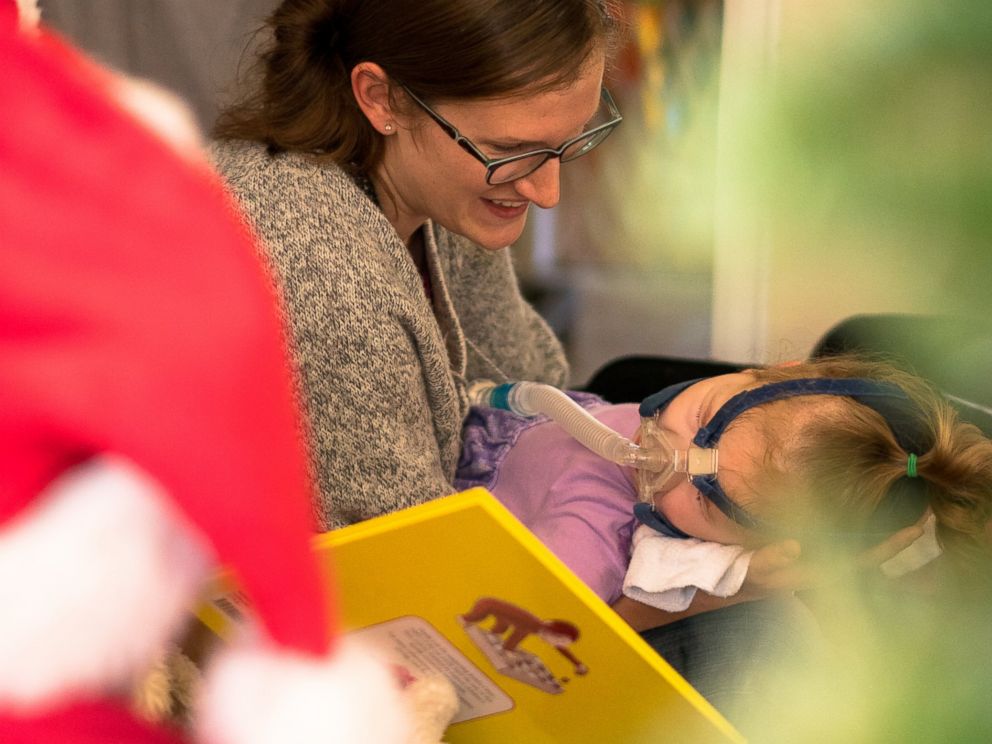 One of the children who received a visit was Ryan Chevalier. He is 4 years old and has hypoxic-ischemic encephalopathy, or HIE, which essentially means he suffered oxygen deprivation at birth, his mom told ABC News.

“The HIE caused spastic quadriplegic cerebral palsy and causes him to have high muscle tone which makes it difficult for him to control his limbs,” the Johnstown, Colorado, mom said. “He has a tracheostomy because he can’t control the secretions in his lungs.

“He also is fed via a … [gastrostomy tube] because he can’t swallow. He has problems digesting commercially made formulas so we make a blenderized diet for him to ‘eat.'”

Despite this, Ryan is “amazing,” she said. “He is so patient and loving. He is nonverbal, but he has a funny sense of humor. He loves family and loves to be involved with everything going on. He makes us smile and laugh and everyone who takes the time to get to know him adores him.”

The Santa who visited the Chevalier family, including Ryan’s twin, Zachariah, who doesn’t share Ryan’s challenges, told ABC News the experience was a privilege.

“The positive welcoming and togetherness of the family permeated the house from the moment Ryan’s father opened the door,” he said. “They all cured my nervousness with their smiles. Then, when Ryan’s father told me I could hold Ryan, connected to machines, Ryan and I became the focus together. I sensed I was part of something special; it was the family that was letting me know how to be Santa.”

Go to ABC News to read about how Santa Sleigh got started and see a sweet video of Santa singing Christmas carols with the kids.