Returning Marine Races Over To Waving Wife, Then She Says They Have To Go To Hospital 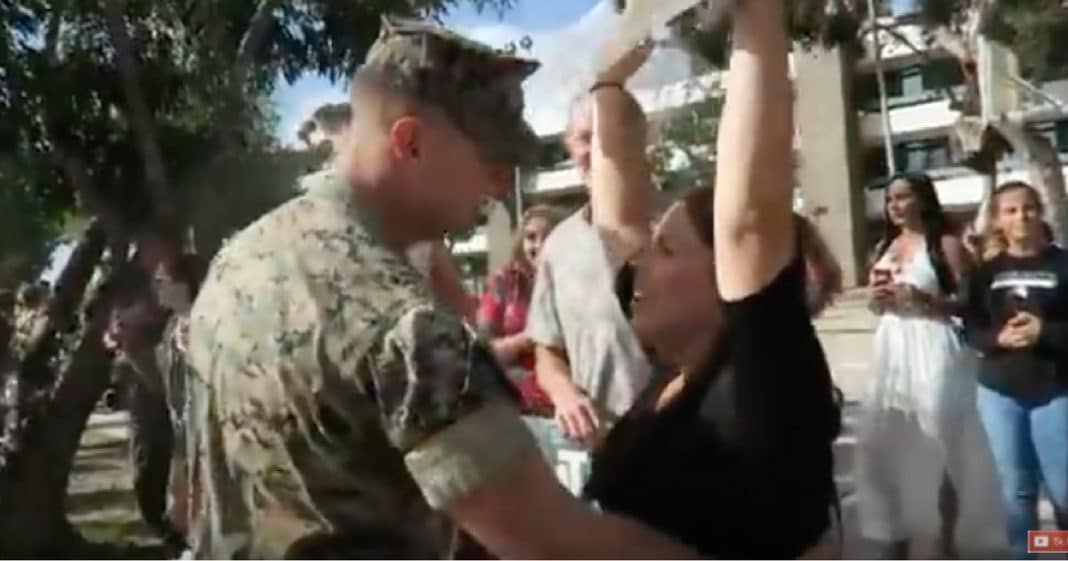 Being in the military is a sacrifice, not just for the soldier serving, but for the family he or she leaves behind. Training and deployment mean they might be away from their spouse and children for long periods of time, often missing big moments in their lives.

Sadly, many soldiers miss the births of their own children because duty called. Thankfully for one lucky Marine, his little girl waited just long enough for him to make it!

Marc Wythes deployed when his wife, Katrina, was about three months pregnant. They knew he would be gone for six months and often joked about Katrina going into labor at his homecoming.

They knew there was a good possibility he would miss the birth altogether, but they tried to keep that pushed to the back of their minds. “We tried not to think about the possibility of him missing the birth of our second daughter,” Katrina said.

As Marc boarded his flight home, he was excited knowing he hadn’t missed his daughter’s birth. But as soon as he landed and turned on his phone, he got a text that had him chomping at the bit to get off the plane and over to his wife.

“I think you better hurry!” the text from Katrina read. Beneath the text was a screenshot of her contraction timer app, which let him know their daughter was coming any minute.

“I was determined to be there to pick him up,” Katrina said, “so I just prayed my heart out, and begged baby girl to wait for her Daddy. Luckily, she did just that!”

A video from the homecoming shows Katrina wincing in pain as she anxiously waits for Marc. The sign she holds reads, “Not a drill! Baby’s coming!”

As soon as Marc saw his wife and daughter he rushed over and pulled them into a big embrace. Katrina kissed her husband, then told him, “Okay, let’s go. Let’s go!” and Marc quickly went from soldier-mode into dad-mode, whisking his laboring wife off to the hospital.

We are so happy for this sweet family and so glad Marc got to be there for the birth of his daughter. We’re sure this is just the start of many more adventures to come!

Were you happy to see that Marc got to be there for the birth of his daughter? So share this!