Quarterback Signs Record-Breaking Deal. That’s When He Tells Reporter Where All The Money’s Going 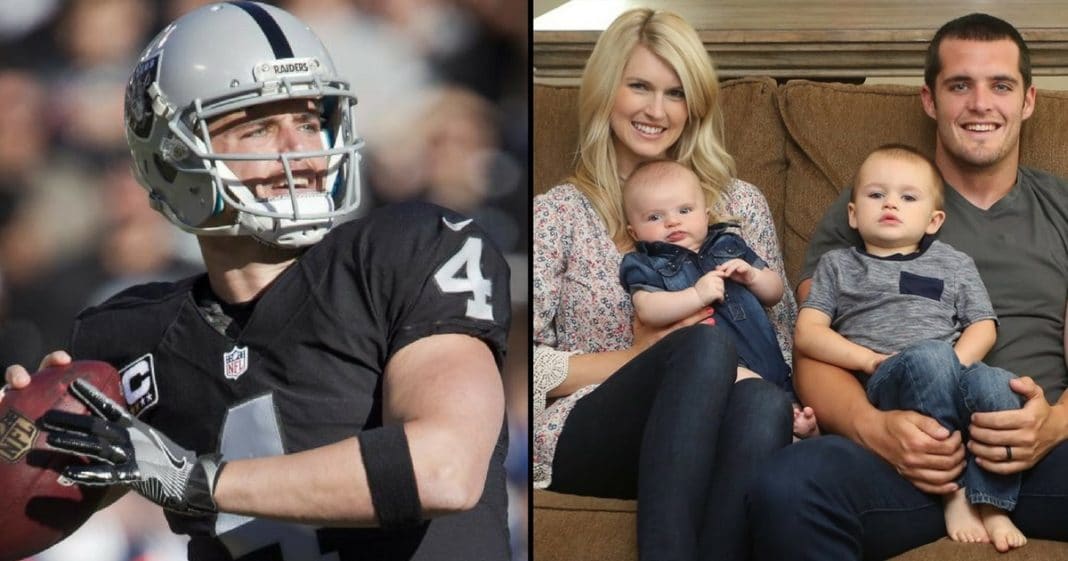 After becoming the highest-paid quarterback in NFL history at a staggering $125 million over five years, Derek Carr had a very unusual way of celebrating.

There is no doubt where Carr puts his hope and beliefs. The star quarterback does not shy away from sharing his faith on his social media pages. But what he did after the contract signing may even have fellow believers shocked.

During the Oakland Raiders press conference Friday, Carr talked about what he will do with the money. He joked about spending a large sum on Chick-fil-A before he got serious.

“The first thing I’ll do is pay my tithe as I have since college,” he said.

The franchise QB explained that tithing is something he has been doing since his Fresno State days when he would get his $700 scholarship check. Tithing is the practice of giving 10 percent of what you receive to the church, as instructed by the Bible. For most Christians, 10 percent does not seem like much, but take that out of $125 million and it’s a tithe of $12.5 million over the five-year contract.

Carr was very humble in his interview, saying the increase in cash will not change how his family goes about their lives and his wife will continue collecting coupons. Instead, he said, the money will be used to help others.

He told reporters, “The exciting thing for me money-wise, honestly, is that this money is going to help a lot of people. I’m very thankful to have it, that it’s in our hands, because it’s going to help people not only in this country but in a lot of countries around the world.”

Read more about this inspiring football player on The Wildcard.