Professor Dishonors Soldier On Plane, But Wait Till You See How People Respond… 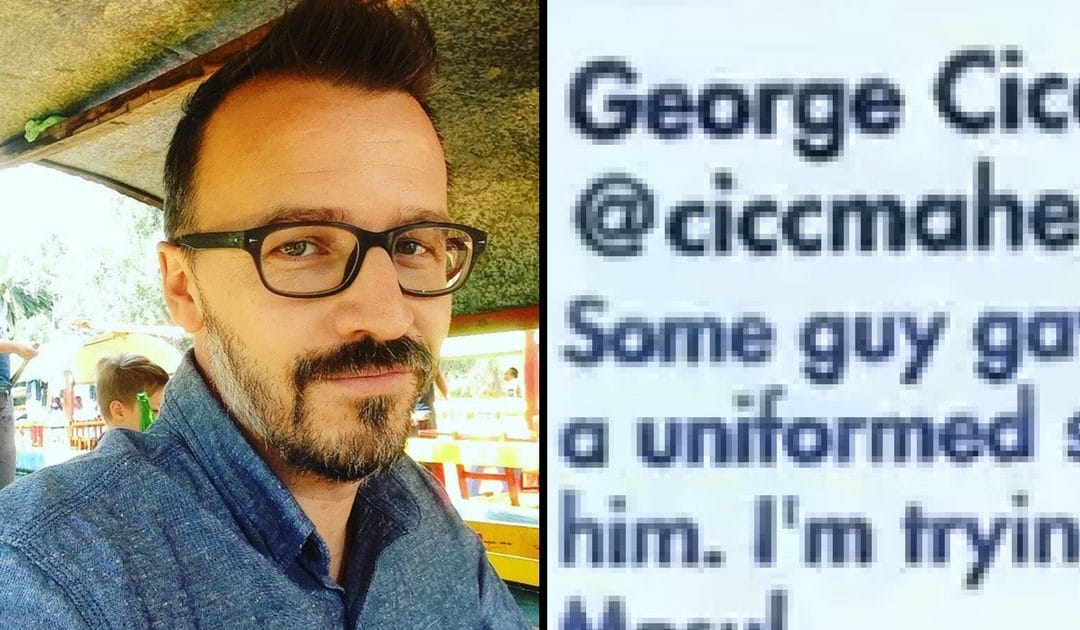 One Drexel University professor is under fire after some disrespectful comments he made about a member of the military recently. He has tried to backtrack on his comments, but patriots aren’t going to let him get away with this one.

George Ciccariello-Maher, an associate professor of politics and global studies at the Pennsylvania university, was on a flight when a person who was sitting in first class gave up his seat for a soldier who was also on the flight.

When Ciccariello-Maher saw this, he sent out this hateful tweet:

“Some guy gave up his first class seat for a uniformed soldier,” he wrote. “People are thanking him. I’m trying not to vomit or yell about Mosul.”

People immediately began to call the professor out on his ungrateful and unpatriotic comments, especially after he hid his Twitter account.

@foxandfriends @ciccmaher Georgie, enjoy those freedoms you have, thanks to that soldier writing a blank check for you and your family.

@DrexelUniv was on my list of potential schools. Ttrim that list by 1 after prof tweeted, “I’m trying not to vomit or yell about Mosul.”

“Two days after U.S. airstrikes incinerated an estimated 200 civilians in the Iraqi city of Mosul, I sent a personal tweet in reaction to what I considered a smug and self-congratulatory gesture by a first-class passenger toward a uniformed soldier,” he wrote. “Maybe predictably, my tweet has since been fed into and misrepresented by the outrage machine that is right-wing media. Needless to say, my personal views expressed off-campus have absolutely nothing to do with those of my employer, Drexel University.”

He may be trying to get himself out of hot water, but it doesn’t look like he’s going to get away with it.

It seems like this professor doesn’t appreciate our troops, but we sure do!