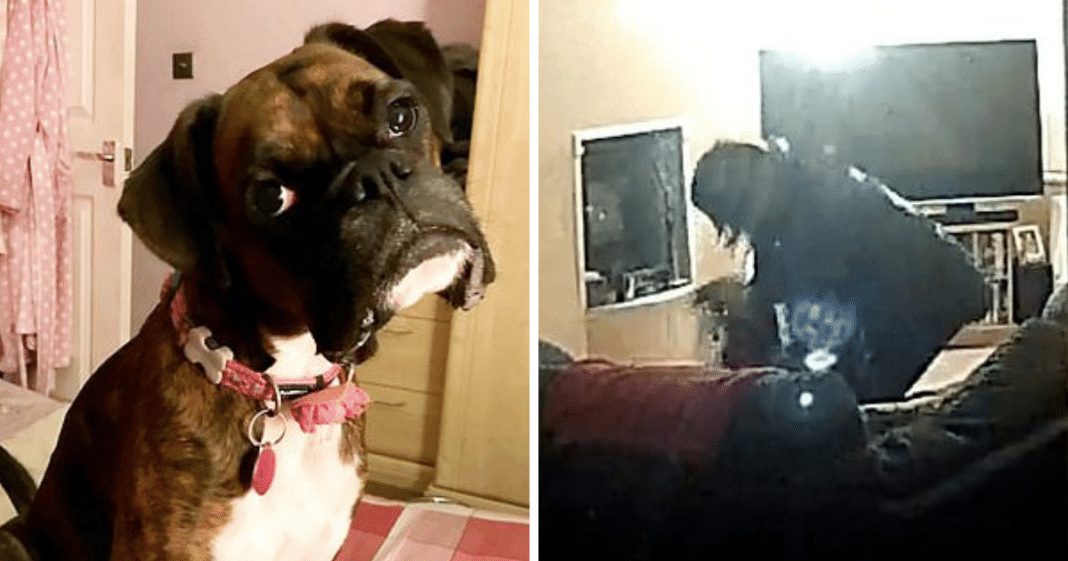 When a U.K. woman broke her wrist and hired a professional dog walker to walk her beloved boxer, she never imagined that it would change her beloved pet’s behavior and that she would suffer permanent psychological damage. When she discovered what was going on, she and her partner were shocked and horrified.

The Daily Mail is reporting that Jacqueline Wilkins, 46, is a professional dog walker entrusted with the beloved pets of many clients. However, her abuse towards a sweet three-year-old boxer named Bella has been exposed because one client had CCTV installed to monitor their dogs.

In the video, Wilkins is seen hitting Bella twice behind the neck when Bella doesn’t sit still to have her harness removed. Wilkins repeated shouts at Bella as she hits her.

“You’re not doing as you’re told, are you? Do you want another smack?”

Here is the video. Warning: this is disturbing footage.

Gary Hirtsch and Louise Williams, Bella’s owners, began to check the footage after they noticed a disturbing change in Bella’s behavior.

“Bella was so friendly, but then she was reluctant to go out. She used to cower on the sofa.”

“I was shocked when I first saw the footage because it’s not something I’d have thought I had to worry about from someone who is supposed to love dogs.

It’s just disgusting what she did and I’m glad we have got justice for Bella – she did not deserve to be treated like that.

We have not received an apology from her but we are happy we were able to get justice for Bella.”

The justice was that Wilkins is now banned from walking dogs and cannot keep or care for a pet for two years. Furthermore, the Leeds Magistrates Court is requiring her to complete a 12-month community order and do 100 hours of unpaid work, plus an RSPCA education program. Furthermore, she has to pay £300 in cost, plus £85 as a victim surcharge.

This judge wasn’t playing around and clearly has zero tolerance for people who abuse animals.

Apparently, Wilkins felt “remorseful” and says she had a “moment of madness.” Previously she had denied hitting Bella. But she became remorseful once she was busted on video? The judge wasn’t buying it. She also said that the thing she’s most upset about is losing her own dog.

People who abuse animals should not be allowed to work with animals or even own pets. We’re glad to see Bella got justice.