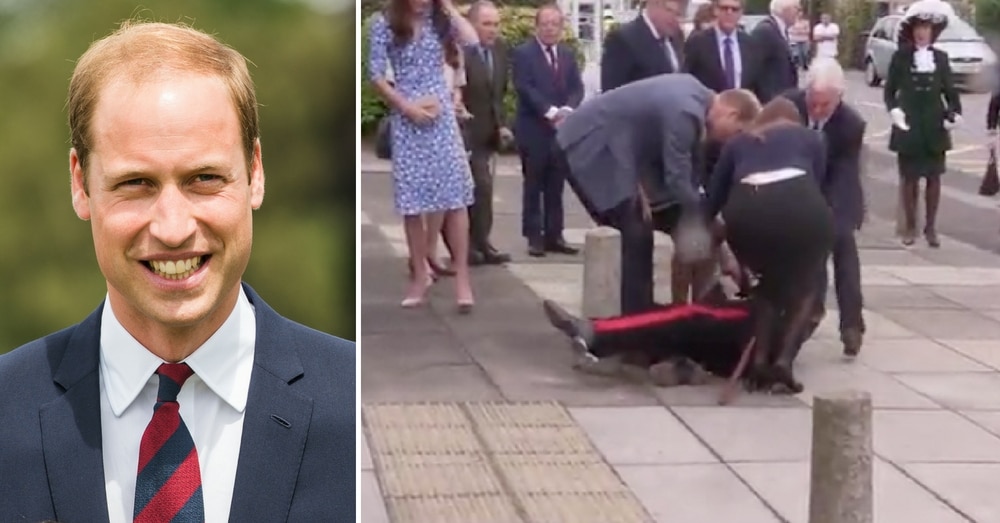 He’s a prince, he’s a duke, and, as he proved on a recent trip to a school in Essex, he’s a knight in shining armor too.

The Duke and Duchess of Cambridge were visiting Stewards Academy to discuss how young people cope with different issues, such as the stress of starting a new school. The school works with one of the Duchess’s charities, Place 2 Be, to make sure children are supported emotionally as well as academically.

As William and Kate greeted those waiting for them, 72-year-old Vice Lord Lieutenant of Essex Jonathan Douglas-Hughes, the Queen’s representative in the county, stumbled over a concrete post and fell backward onto the ground.

Immediately Prince William rushed to his aid, making sure he was all right and helping him back to his feet.

Once he was sure Douglas-Hughes was okay he went on with the introductions, but even as other people clamored for his attention, the kindhearted prince continued to check on Douglas-Hughes to make sure he was ok.

Thankfully, though I’m sure his pride was hurt a bit and he was later seen with an ice pack on his wrist, Douglas-Hughes appeared to be otherwise uninjured and was able to laugh the embarrassing incident off.

If nothing else, this will be a good story to share at the dinner table for years to come!

Were you impressed with the way the kindhearted prince sprang into action? So share this!