Prince Harry Proposes To Meghan Markle. William And Kate Have The Best Reaction 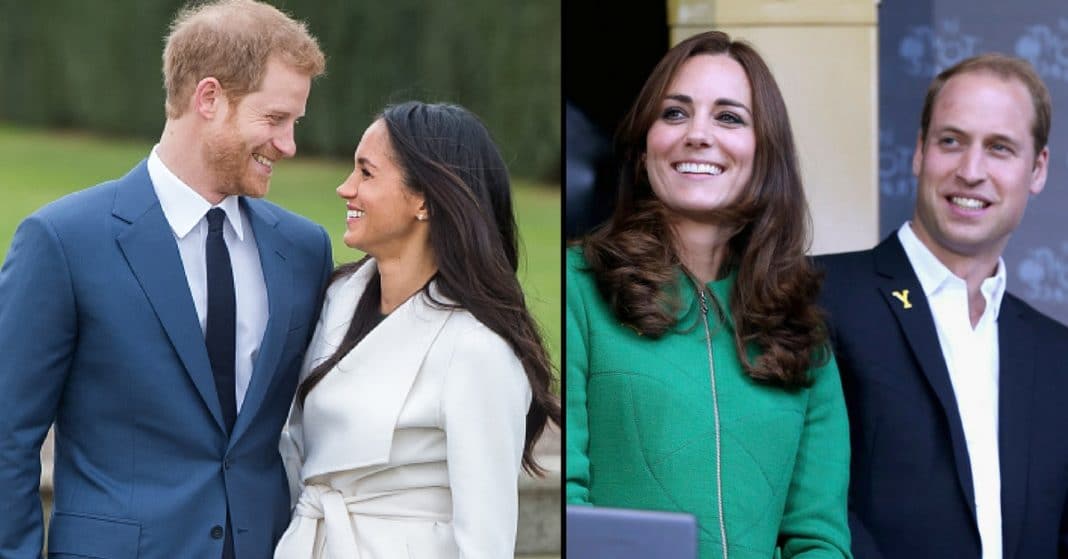 In a turn of events reminiscent of when actress Grace Kelly married Prince Rainier III of Monaco and became a princess, Clarence House has officially announced that actress Meghan Markle is set to marry Prince Harry.

Embed from Getty Images
“His Royal Highness and Ms. Markle became engaged in London earlier this month,” the statement from Prince Charles’ royal office read. “Prince Harry has informed Her Majesty The Queen and other close members of his family. Prince Harry has also sought and received the blessing of Ms. Markle’s parents.

“The couple will live in Nottingham Cottage at Kensington Palace.”

The Prince of Wales is delighted to announce the engagement of Prince Harry to Ms. Meghan Markle. pic.twitter.com/zdaHR4mcY6

The 33-year-old prince and 36-year-old Suits star have been dating since July 2016. While some were skeptical of their relationship at first, the pair proved that what they have is true love.

Their relationship truly is a modern-day fairytale. Meghan is an American and a divorcee, as was Wallis Simpson, the woman Queen Elizabeth’s uncle, Edward, fell in love with. At the time (1937), their relationship was a scandal and Edward ended up abdicating the throne to marry Wallis, passing the crown to Elizabeth’s father, which then paved the way for Harry to be a prince today.

Embed from Getty Images
The monarchy appears to have relaxed their views on love and marriage since then. Queen Elizabeth and Prince Philip issued a statement after the engagement was announced saying they were “delighted for the couple and wish them every happiness.”

Meghan’s parents, Thomas Markle and Doria Ragland, said they were “incredibly happy” about the engagement.

“Our daughter has always been a kind and loving person,” they said in a statement. “To see her union with Harry, who shares the same qualities, is a source of great joy for us as parents.

“We wish them a lifetime of happiness and are very excited for their future together.”

Well-wishes have been pouring in from all over the world, but perhaps the sweetest came from Harry’s brother and sister-in-law, William and Kate. It’s no secret that the three of them are very close, and we’re sure Meghan will fit right in as she enters into the royal family.

Embed from Getty Images
“We are very excited for Harry and Meghan,” Prince William and Duchess Catherine said in a statement. “It has been wonderful getting to know Meghan and to see how happy she and Harry are together.”

We’re sure this happy time also comes with pangs of sadness. Of course, Harry wishes his mother could have met the woman who stole his heart.

Embed from Getty Images
While Diana cannot be here in person, she is in spirit, and she will hold a special place in the couple’s hearts…and on Meghan’s hand.

The gorgeous engagement ring Harry designed for Meghan features a large center diamond from Botswana, a country he has visited numerous times and which holds “special significance” for him. The two diamonds on either side, though, come from Princess Diana’s personal collection.

Diana’s brother, Charles Spencer, sent his own congratulations to his nephew.

“The best of news,” he wrote in a heartwarming tweet. “Nothing better than seeing a thoroughly lovely man truly happy.”

The pair is set to marry next spring. They will surely plan around the arrival of William and Kate’s third child, who is due in April.

There is no word yet on where the royal wedding will take place. Some royal insiders think Harry might follow in his brother’s footsteps and get married at Westminster Abbey while others think he and Meghan will opt for a more low-key affair, perhaps even in Scotland.

Only time will tell, but we are excited to see what lies ahead for this happy couple and we wish them all the happiness in the world!

Are you happy for Prince Harry and Meghan? So share this!