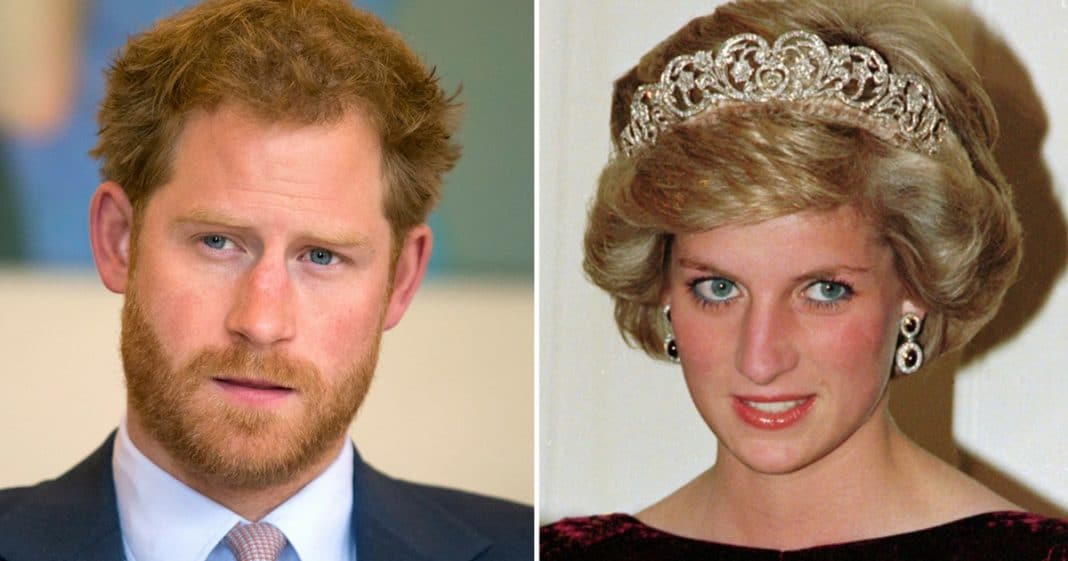 Losing a parent is a devastating thing at any age, but especially so when you are a child. Add to that the fact that everything is happening on the world stage, and the grief and pain are almost too much to bear.

Prince Harry was only 12 years old when his mother, Princess Diana, was killed in a tragic car accident. Now, 20 years later, he recalls how his life at the time was turned into “total chaos.”

Many will remember the famous image of Prince Philip, Prince William, Diana’s brother, Charles Spencer, Prince Harry, and Prince Charles solemnly walking behind Diana’s casket during the highly-publicized funeral procession on September 6, 1997, just seven days after Diana had her life cut short at the age of 36.

In a recent interview with Newsweek, the prince opened up about how traumatic that walk – and everything else surrounding his mother’s death – had been on his young psyche.

“My mother had just died, and I had to walk a long way behind her coffin, surrounded by thousands of people watching me while millions more did on television,” he recalled, his face hardening. “I don’t think any child should be asked to do that, under any circumstances. I don’t think it would happen today.”

The trauma did a number on the young prince, who spent a good part of the next two decades living wildly. He smoked and drank and partied and was the source of several royal scandals when photos of his antics were made public. He was, as the Newsweek article stated, “the world’s most eligible bachelor—and a royal pain.”

A few years ago, though, at the urging of his older brother, Harry finally sought professional help and began to turn his life around.

“My mother died when I was very young. I didn’t want to be in the position I was in, but I eventually pulled my head out of the sand, started listening to people and decided to use my role for good,” he said.

The 32-year-old prince is now using his position for good – putting his support behind causes and charities that speak to his heart.

“I am now fired up and energized and love charity stuff, meeting people and making them laugh,” he said. “I sometimes still feel I am living in a goldfish bowl, but I now manage it better. I still have a naughty streak too, which I enjoy and is how I relate to those individuals who have got themselves into trouble.”

Harry says he has tried to follow in the footsteps of his mother, both in the way he relates to other people and in his attempt to live as normal of a life as possible.

“My mother took a huge part in showing me an ordinary life, including taking me and my brother to see homeless people,” he said. “Thank goodness I’m not completely cut off from reality. People would be amazed by the ordinary life William and I live.”

He revealed that he even does his own grocery shopping!

“Sometimes, when I come away from the meat counter in my local supermarket, I worry someone will snap me with their phone,” he said. “But I am determined to have a relatively normal life, and if I am lucky enough to have children, they can have one too. Even if I was king, I would do my own shopping.”

It’s not an easy position Harry was placed in, and it’s not one he asked for, but we think he is doing a fantastic job of stepping up and being a kind and compassionate leader. We know his mother would be proud!

Are you impressed with the way Prince Harry has stepped up and his determination to carry on his mother’s legacy? So share this!