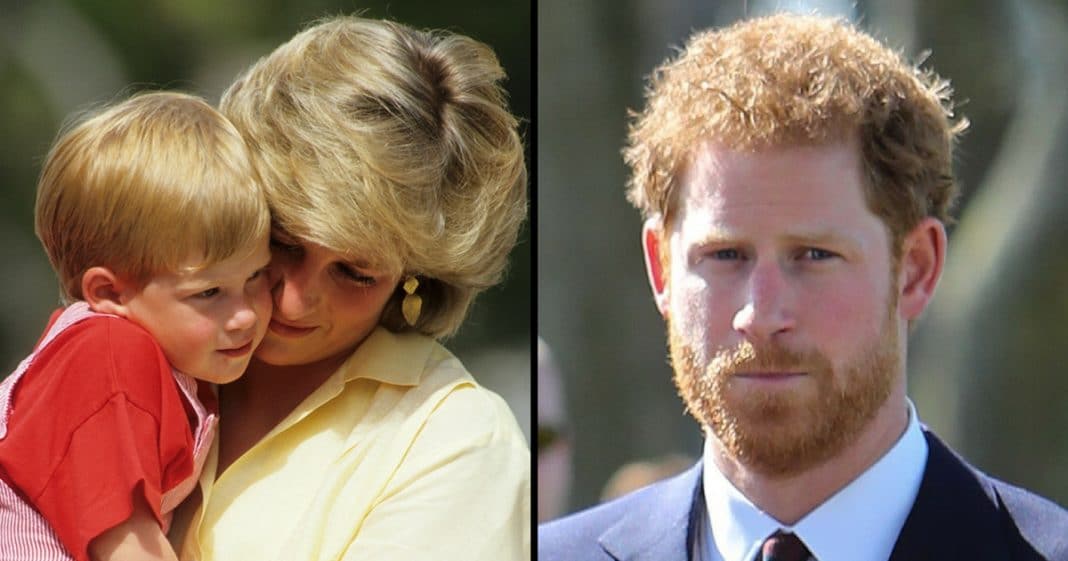 The loss of a mother would be devastating for any child, but for a young royal in the public eye, the pain and grief were even deeper-reaching.

In a recent interview meant to help break the stigma surrounding mental health issues, Prince Harry revealed just how greatly he struggled after the tragic death of his mother, Princess Diana.

Harry, who was just 12 when his mother died, said he tried to suppress his grief for years.

“My way of dealing with it was sticking my head in the sand, refusing to ever think about my mum, because why would that help?” he said. “[I thought] it’s only going to make you sad, it’s not going to bring her back. So from an emotional side, I was like, ‘Right, don’t ever let your emotions be part of anything.’ So I was a typical 20, 25, 28-year-old running around going, ‘Life is great’, or, ‘Life is fine,’ and that was exactly it.”

It wasn’t until later that he realized how much harm he was causing himself by not facing his grief.

“I can safely say that losing my mum at the age of 12, and therefore shutting down all of my emotions for the last 20 years, has had a quite serious effect on not only my personal life but my work as well,” he said.

He revealed that he was very close to having a complete nervous breakdown on multiple occasions, often feeling “on the verge of punching someone” and suffering from severe anxiety during royal engagements.

“I have probably been very close to a complete breakdown on numerous occasions when all sorts of grief and sort of lies and misconceptions and everything are coming to you from every angle,” he said.

While his brother, Prince William, encouraged him to seek help for years, Harry resisted. It wasn’t until he went through two years of “total chaos” that he finally realized he needed to work through his emotions.

“I just couldn’t put my finger on it. I just didn’t know what was wrong with me,” he said. “[I] started to have a few conversations and actually all of a sudden, all of this grief that I have never processed started to come to the  forefront and I was like, there is actually a lot of stuff here that I need to deal with.”

He decided to seek counseling and even took up boxing as an outlet for his anger and aggression.

“During those years I took up boxing, because everyone was saying boxing is good for you and it’s a really good way of letting out aggression,” he said. “And that really saved me because I was on the verge of punching someone, so being able to punch someone who had pads was certainly easier.”

Now, at 32 years of age, Harry says he is in “a good place” and is using his experiences to help others.

“I know there is huge merit in talking about your issues and the only thing about keeping it quiet is that it’s only ever going to make it worse,” he said. “Not just for you but everybody else around you as well because you become a problem. I, through a lot of my twenties, was a problem and I didn’t know how to deal with it.”

He, together with his brother and sister-in-law, have started Heads Together, a charity that promotes good mental well-being.

“What we are trying to do is normalise the conversation to the point where anyone can sit down and have a coffee and just go, ‘You know what, I’ve had a really s— day, can I just tell about it? Because then you walk away and it’s done,” he said.

Now that he is working through his own issues, he can put his “blood, sweat, and tears” into making a difference in others’ lives.

“I can’t encourage people enough to just have that conversation because you will be surprised, firstly, how much support you get and, secondly, how many people literally are longing for you to come out.”

Are you glad Prince Harry is speaking out about these important issues? So share this!