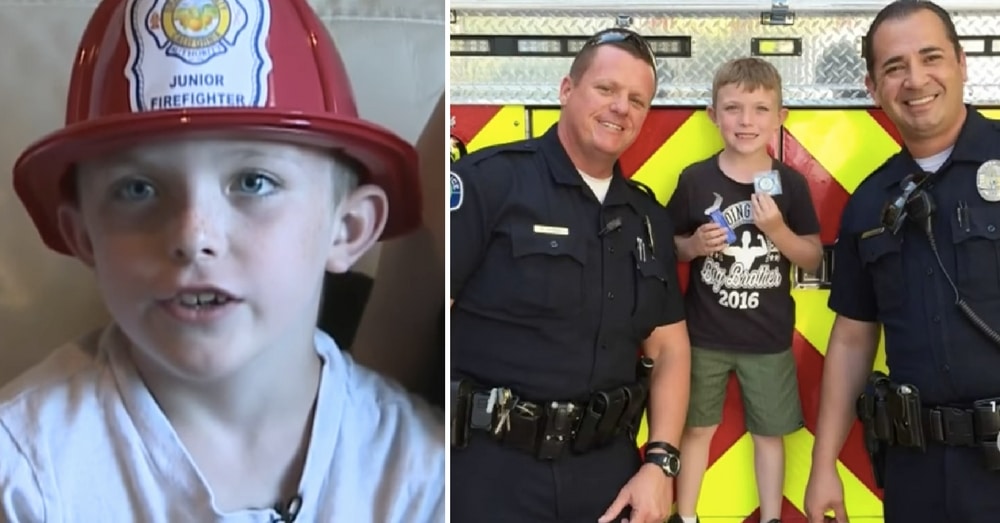 Sawyer Incontro’s mom, Danielle, calls him mature for his age, and it’s a good thing he is! The 6-year-old’s coolness under pressure and wherewithal to do the right thing in a scary situation ended up saving both his mom and his unborn sister’s life!

Danielle, who is six months pregnant, was in the bathroom when Sawyer heard her fall. Danielle has two different medical conditions that have caused her to briefly pass out before, so thankfully Sawyer knew just what to do.

The 6-year-old calmly called 911 and then waited for the first responders to arrive. When they came they found Sawyer patiently waiting with phone in hand to take them to his mom.

Doctors were able to get to Danielle in time to save her and her baby, and it’s all thanks to Sawyer’s maturity and quick wits!

As for Sawyer – who was later named an honorary fireman – he says he’s “proud and happy” that he knew what to do.

Were you amazed that 6-year-old Sawyer stayed so calm under pressure? So share this!