Pregnant Mom Can’t Get Son To Stop Crying, That’s When A Stranger Gets Involved 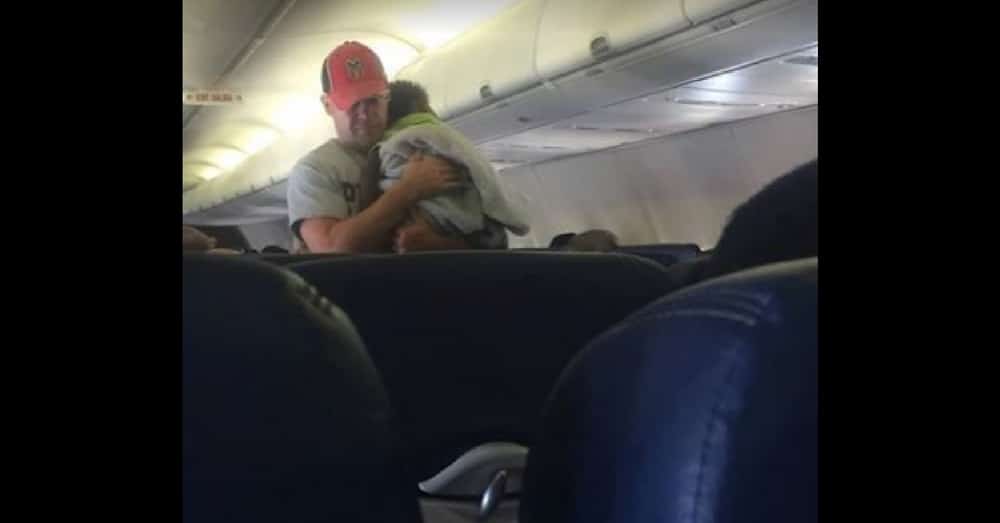 Nobody likes listening to a crying child on the plane, but while some people show their annoyance more than others, the person in the most distress is (usually) the mom. She knows that everyone is annoyed with her child, but often there is little she can do to quiet them immediately.

Thankfully, sometimes there are good people around who show us that a helping hand can do more good than an angry word.

On a recent flight from Minneapolis to Atlanta, a pregnant woman was traveling alone with her young son. He started getting fussy and crying and it was clear that this exhausted mom was doing the best she could to calm him down so she could get some rest.

All of a sudden, a man walked up to her and told her he wanted to help. He said he was a dad and could see that she needed some rest. He then took the woman’s son and held him as he walked up and down the aisle for most of the rest of the flight.

Angela Byrd, one of the other passengers on the flight, was so touched by the stranger’s kindness that she took a picture of him and shared the story on Facebook.

“I was in tears,” she said, “not because he was white and she was black…but because it showed me today that there are still GOOD people out there in a world full of turmoil.”

Were you also touched by this stranger’s act of kindness toward this woman and her son? So share this today!