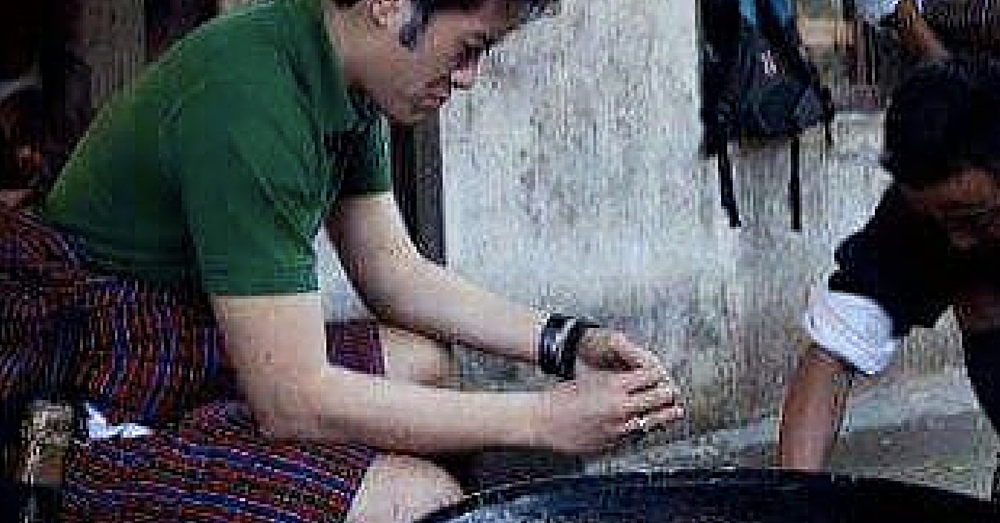 A picture of the King of Bhutan, Jigme Wangchuck, or the “The Dragon King” as he is famously known, was recently trending on Twitter. The reason why is astonishing to many people.

In the picture, the royal can be seen sitting by himself chopping vegetables. The caption reads, “King of Bhutan, chopping onions and chilli to prepare a meal for the Community School in Mongar by himself.”

King of Bhutan, chopping onions and chilli to prepare a meal for the Community School in Mongar by himself. pic.twitter.com/t2RRgyy1Ie

Usually when we think of royalty, we picture them in their royal robes and with crowns on their heads, ruling their countries from ornate palaces. But here was the ruler of the country sitting all alone making lunch for some children.

The king’s humble move was inspiring to many. One man, M. Jawed K. Shervani, wrote that “Such Kings are source of our Strength!” Another commenter, Mani Aaili, noted that “he is the most beloved King in Bhutan. So much so that people don’t want democracy and want Royalty.”

This is not the first time this king has made headlines. When he and his wife welcomed their son in February, they planted 108,000 trees around the country. The act was lauded for being environmentally friendly and the royal couple was praised for their effort to help make the world a better place.

Bhutan, a democratic monarchy, actually measures its “Gross National Happiness,” balancing the country’s economic growth with environmental conservation and the wellbeing of its people.

Perhaps the rest of the world could take a page from Bhutan and their humble “Dragon King.”

Do you find it inspiring to see this king making lunch for his country’s children? So share this!