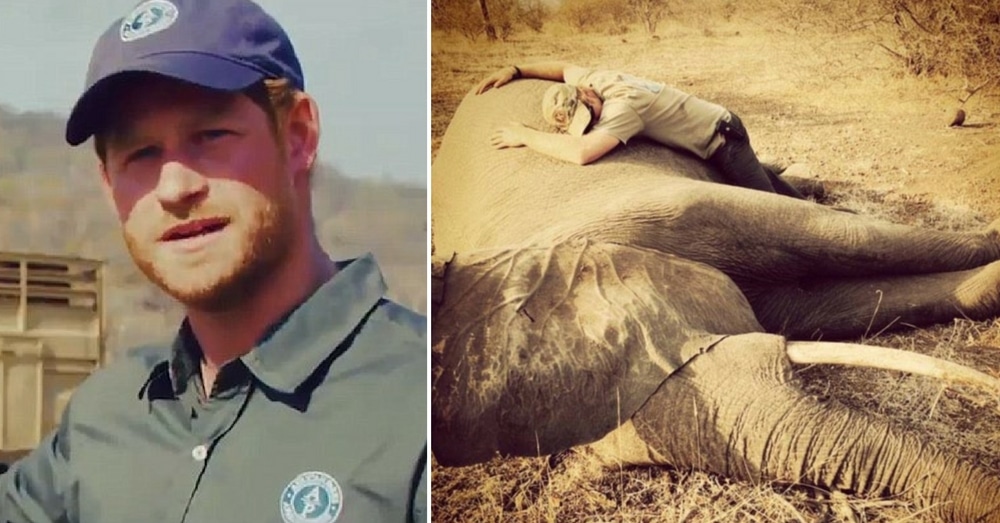 Prince Harry has released photographs and videos of him taking part in one of the world’s biggest conversation projects this summer, including shots of him spraying identification marks on a tranquilised animal.

The prince, who has often spoken of how he would like to walk away from his royal duties to live in Africa and work on such projects permanently, spent three weeks in Malawi over the summer where he worked alongside volunteers, vets and experts on the frontline of one of the largest and most significant elephant translocations.

One of the pictures was taken by the 32-year-old royal himself, and shows a volunteer trying to get a bull elephant to lie down.

In another Harry explains how he marked several of the young males so that they will be easily identifiable when released back into the bush. ‘The spray paint disappears after a few days,’ the prince explained. 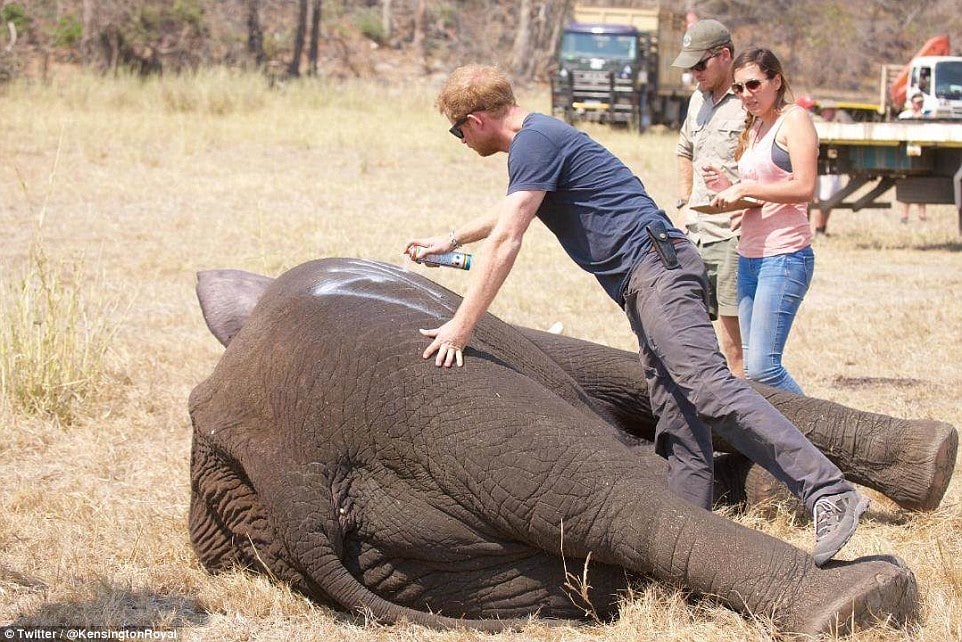 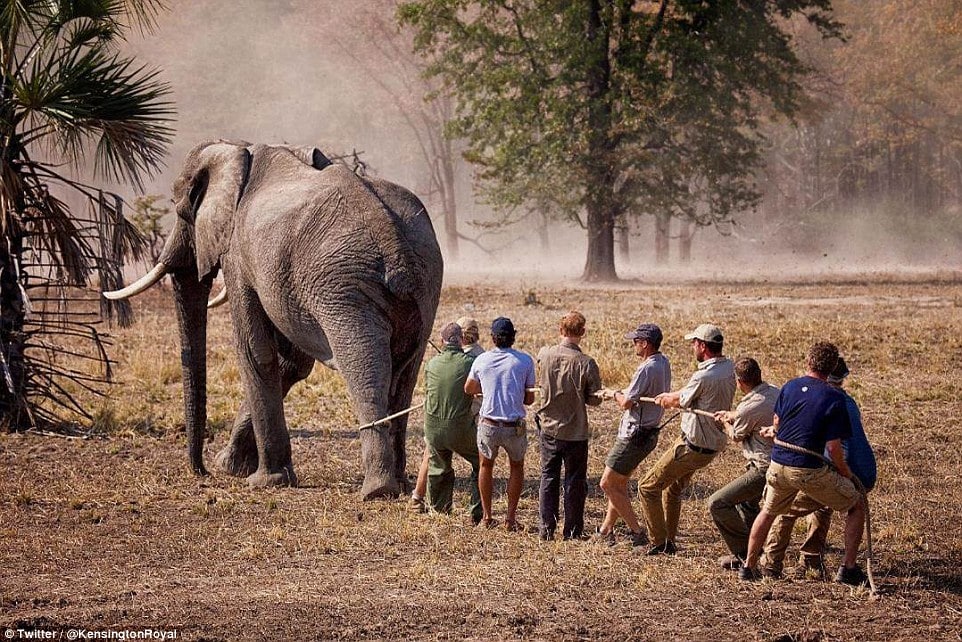 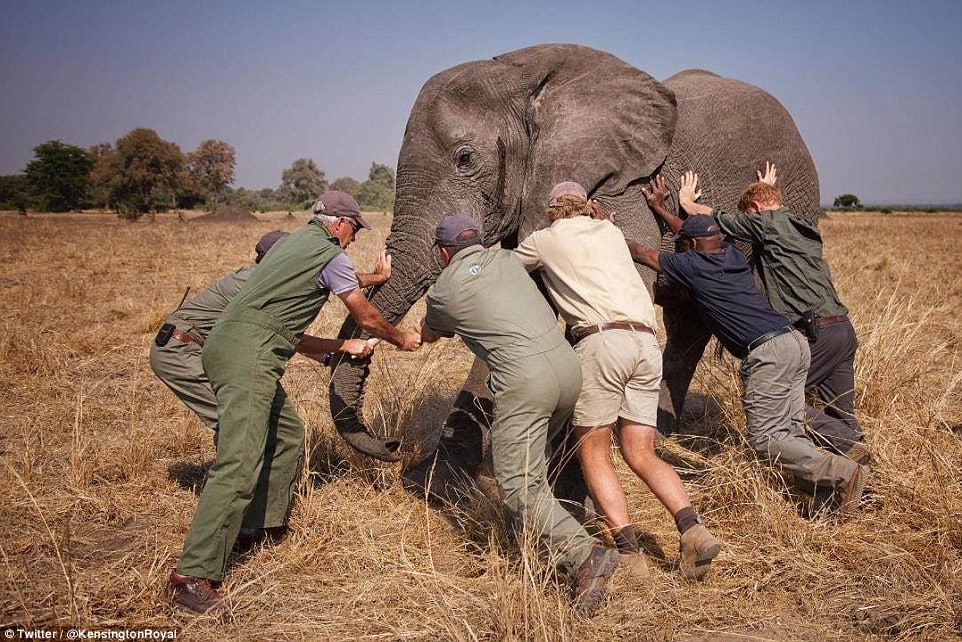 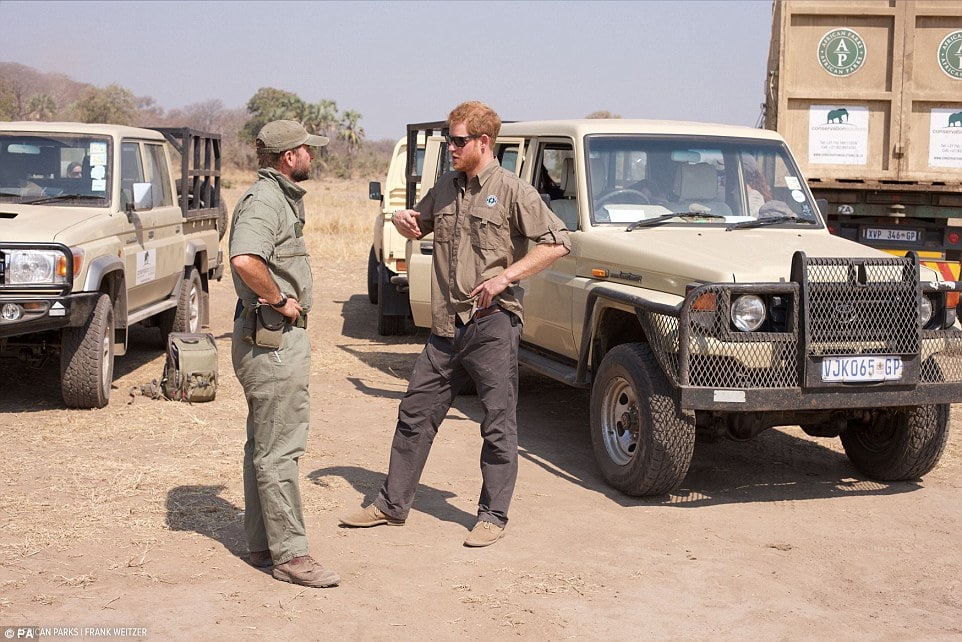 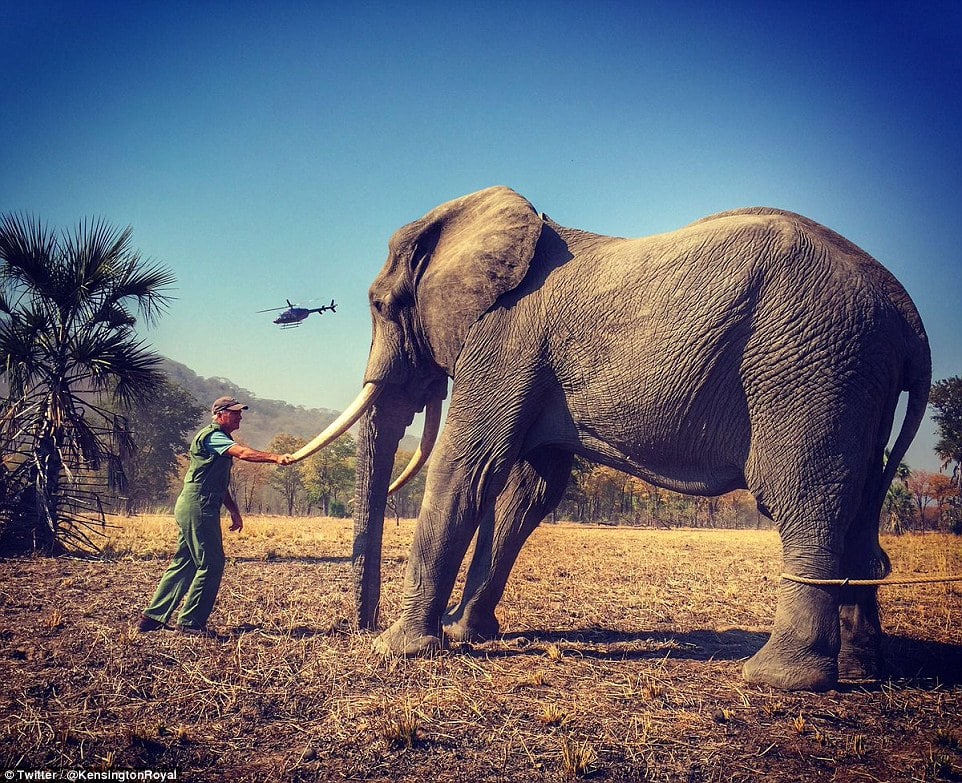 A third shows Harry with a group of workers trying to ‘tip’ a young male elephant that was trying to fight the sedative drug and head for the trees.

Harry can also be seen hanging onto a rope for dear life as a powerful bull elephant tries to free itself.

The prince writes: ‘This big bull (male) elephant refused to lie down after it had been darted with a tranquiliser. After about seven minutes the drug began to take effect and the elephant became semi-comatose, but it continued to shuffle for a while! They have a tendency to hone in on forest, rivers and people when in this state. Here we are trying to slow him down!’

In a statement Harry said: ‘Elephants simply can’t roam freely like they used to, without coming into conflict with communities, or being threatened by poaching and persecution.

‘There has to be a balance between the numbers of animals, and the available habitat. Just how nature intended it.’

Read more about the prince’s efforts and see more photos at Daily Mail.