Photog Follows Boat Tour, Spots Something Massive In Water. When It Surfaces…Holy Moly! 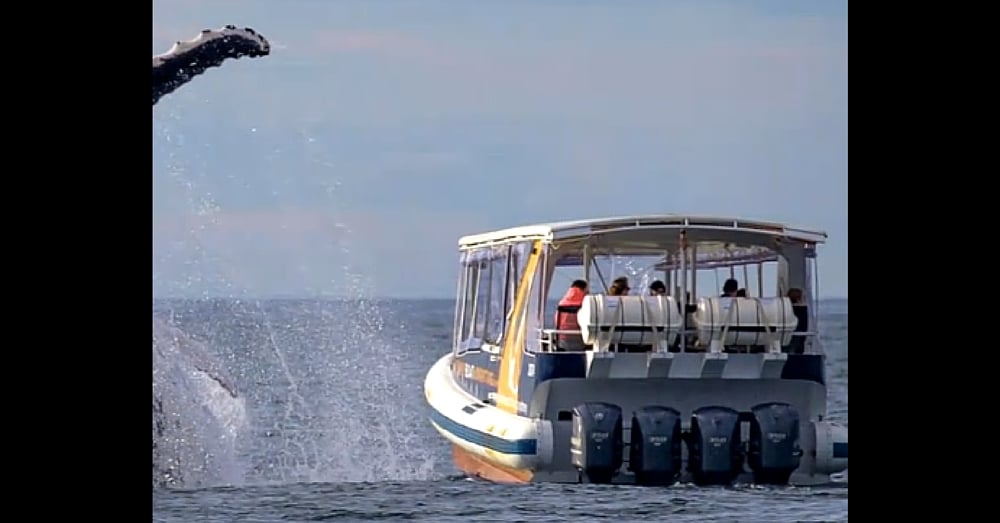 Amateur photographer John Goodridge had the day off of work Tuesday, so he decided to take a whale-watching tour. The 52-year-old has been taking pictures of whales as a hobby since last year, and he thought he would try his luck.

What he ended up capturing was a once-in-a-lifetime shot that has other photographers and nature lovers in awe.

John was following another tour boat just off the coast of Sydney, Australia, when he noticed them watching a pod of whales off in the distance.

“There was that little boat watching another pod of whales that was off to the right,” he said. “I was kind of looking to the left of that boat … hoping that something might happen.”

And something did happen. As John held his camera at the ready, a 40 ton humpback whale breached right next to the boat in front of him. John managed to snap a photo of the majestic animal as it gracefully flew through the air, just yards away from the unsuspecting tourists.

John said this whale was probably the closest he’s ever seen to a boat.

We’re sure the whale-watchers in the other boat are kicking themselves for looking the wrong way and missing the incredible encounter, but at least they’ll have a photo they can look back at to “relive” the moment forever!

Were you amazed to see this whale breach so close to the boat? So share this!