Parents Told To Say Goodbye To Little Girl. Then She Says 4 Words 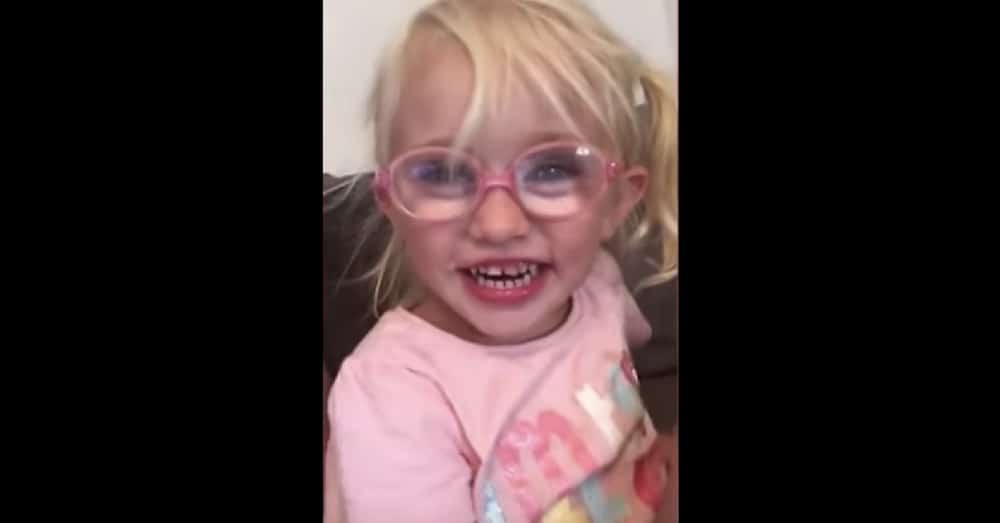 As a parent, watching your child suffer is one of the most awful things you could ever endure. You feel so helpless, wanting to ease their pain and make them better but being completely unable to do so.

Matt and Hayley Astley know this firsthand. When their daughter, Layla, was just 13 weeks old, she went into septic shock.

“Her whole body was white and swollen,” Hayley said. “I thought she was dead and Matt and I prepared ourselves for the worst.”

Doctors told the heartbroken parents to say goodbye to their little girl, but miraculously Layla pulled through.

Once the worst was over, though, Layla still had to undergo strenuous antibiotic treatments for a year to keep the infection from returning. As a result she developed a blood clot in her right leg and, to avoid having to get the leg amputated, she had to get injections twice a day for over a month. Additionally, over the following year the brave little girl had to get daily blood tests to ensure she was infection-free.

It was difficult, but she was alive!

What Matt and Hayley didn’t realize at the time was that the sepsis could cause developmental delays. As time passed, they noticed that Layla seemed to be developing more slowly than she should.

“At the time we weren’t aware that Layla could develop complications from having sepsis,” Hayley said. “But over the past few years Matt and I, along with her nursery teachers, noticed a huge delay in her speech.”

Since she wasn’t speaking, the whole family learned a type of sign language called Makaton so they could communicate. As they signed the words to Layla they would say them out loud to help her learn, but they didn’t know if she would ever be able to say them back.

Then one day, when Layla was three years old, she did something that left her parents stunned. She looked at Hayley and said, “Mom, I love you.”

No words could have been sweeter to the ears of this tireless momma who had watched her precious daughter endure so much!

“As a mother it’s so special to hear your daughter tell you that she loves you,” Hayley said.

Now Layla is starting to form more simple sentences and phrases, and her family couldn’t be more pleased.

While there are still struggles, they relish the time they get to be together as a family, knowing how close they were to not having it.

“Matt and I do spoil her as we know we may never have had the chance to,” Hayley admitted, “we make the most of our time together and we are making so many memories that we never thought we would be able to.”

Were you amazed to hear Layla speak after everything she went through? So share this!