Parents Take Autistic Son To Meet Snow White. What He Does Next Leaves Them In Awe 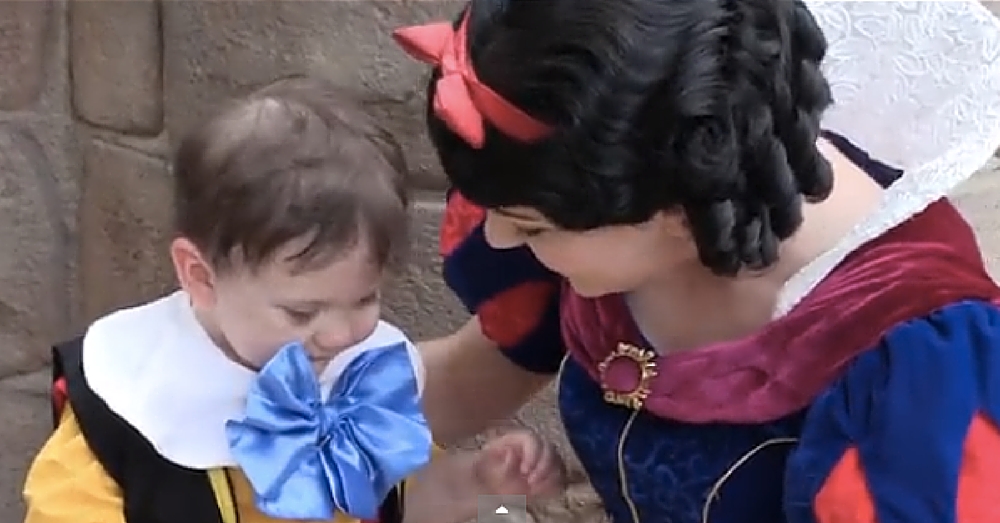 When their son, Jack Jack, started regressing around 6 months old, Amanda Coley and her husband suspected he might have autism. Their suspicions were confirmed recently when he received the official diagnosis from doctors.

Now 2, Jack Jack is non-verbal and doesn’t really interact with anyone outside his family. “To us he’s very lovable, he’s always been extremely happy, but when it comes to other people, he’s just very shy,” Coley said. “If he’s scared of someone he cries. But otherwise, if he doesn’t know someone, he ignores them.”

When the Coleys took a trip to Disney World last November with their three sons, they expected Jack Jack to be disinterested and disengaged with the costumed characters at the park. And they were right…until he met Snow White.

For some reason Amanda cannot explain, Jack Jack immediately felt comfortable with the actress playing the beloved princess and cuddled up to her right away, smiling up at her and even laying his head on her lap. The woman playing Snow White gave that love right back, hugging the young boy and affectionately running her fingers through his hair while his head lay on her lap.

“Those are things we never get to see him do with anybody but us,” Amanda said. “It gave me hope there watching that that he will have the ability to warm up to people someday.”

The young boy hasn’t forgotten his first crush since coming home. Amanda said he constantly asks her to play the clip for him, signs for “more” when it’s over, and even tries to kiss the screen.

The family plans to return to Disney World this November, and Amanda hopes to find the woman who stole her son’s heart so she can thank her for what she did for their son.

“I would just love for her to know how much this actually meant to us,” Amanda said. “I appreciate how she took that time with him and didn’t rush him away. We’ve been in tears so many times just watching it and thinking about it. It’s something that we’ll never forget.”

Were you touched by this sweet interaction between Snow White and Jack Jack? So share this!