Parents Get Ready For Triplet Gender Reveal. But Wait Till You See Who Darts Across Screen 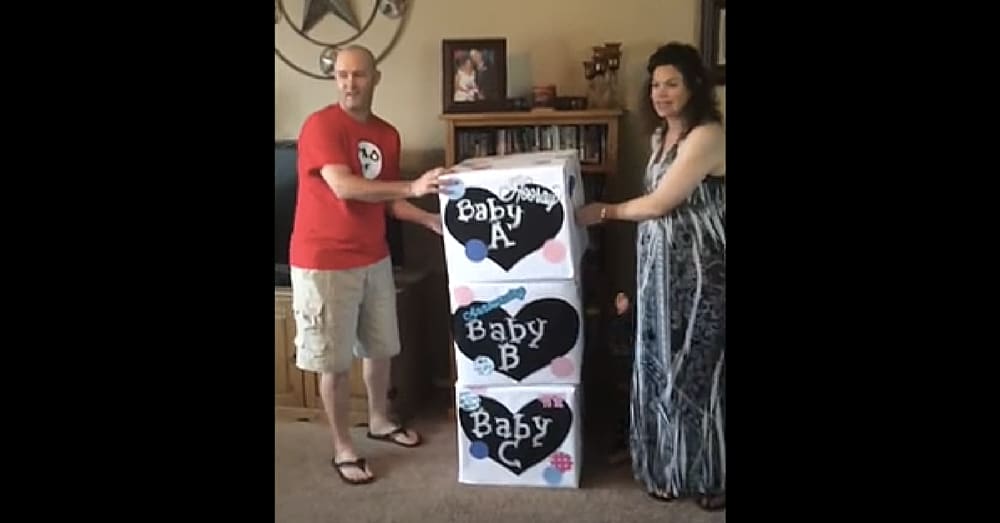 The Maybins know what it’s like to have a big family – they have five children already, the oldest being 19 and the youngest 3 years old.

And they’re no stranger to multiples – their two youngest are twin boys.

Well, it’s a good thing they already have some practice, because their family is about to grow by three!

Russell and Elizabeth decided they wanted to add just “one more” kid to their already large family, so they were more than a little surprised when they found out they were expecting triplets!

While it was a surprise, though, the family couldn’t wait to meet these three new little members!

The Maybins’ oldest daughter, Madison, organized a gender reveal party for the family and some close friends. Beforehand, they took turns guessing what they thought the genders would be, with the majority rooting for two girls and one boy (which would even out the siblings for a total of four boys and four girls).

As each of the boxes were opened, a cheer went up from everyone in the room, and the final reveal had Madison screaming for joy!

Click below to find out who will be joining this quickly-growing family!

Did you love seeing the excitement this family had for the new babies? So share this!