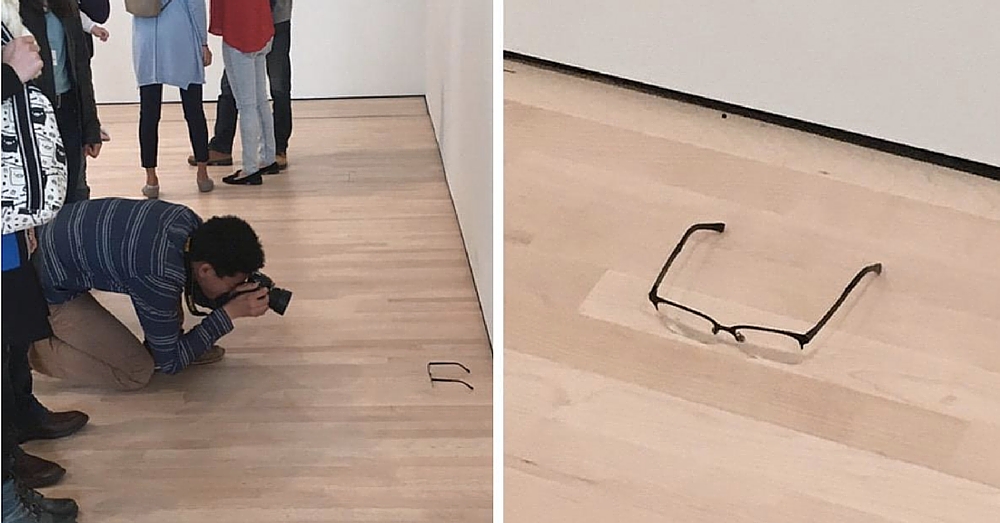 Several visitors to the San Francisco Museum of Modern Art this week were fooled into thinking a pair of glasses set on the floor by a 17-year-old prankster was a postmodern masterpiece.

“Upon first arrival we were quite impressed with the artwork and paintings presented in the huge facility,” TJ Khayatan told BuzzFeed. “However, some of the ‘art’ wasn’t very surprising to some of us.”

“We stumbled upon a stuffed animal on a gray blanket and questioned if this was really impressive to some of the nearby people.”

To test out the theory that people will stare at, and try and artistically interpret, anything if it’s in a gallery setting, Khayatan set a pair of glasses down and walked away.

LMAO WE PUT GLASSES ON THE FLOOR AT AN ART GALLERY AND… pic.twitter.com/7TYoHPtjP8

Soon, people began to surround them, maintaining a safe distance from the ‘artwork’ and several of them taking pictures.

I like to think they imagined the floored glasses to represent the dumbing down of culture, or perhaps the viewing of life through a lens, possibly with a nice, lower-case title like ‘myopia‘ or ‘real eyes (real lies)‘.