Overweight Woman Poses In Swimsuit, Then Reveals Shocking Identity Of Woman On Right 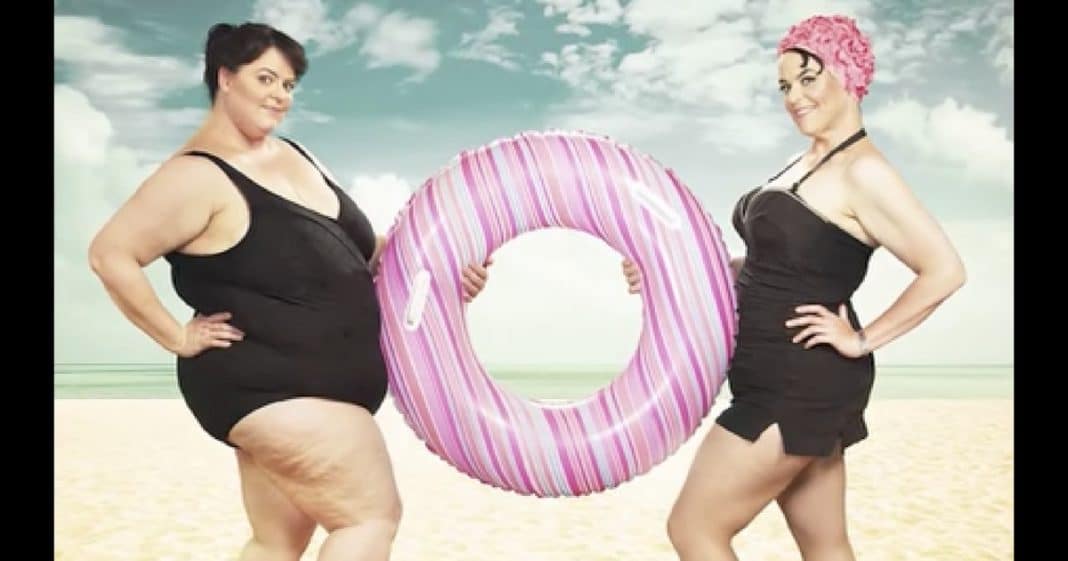 When you first look at this picture, you might think it’s a photo of two friends on the beach. But if you look a little closer, you’ll probably notice that the two women look very similar. That’s because both of the women in this photo are the same person!

Beth Beard had struggled with her weight for years and finally decided to undergo gastric bypass surgery to get her weight under control.

Before she started her weight loss journey, she asked her friend, photographer Blake Morrow, to help her document it with some before and after shots. That’s when Blake came up with the idea to integrate the before and after photos into a series of fun, themed images.

A couple weeks before the surgery, Beth posed for a bunch of pictures in several different costumes. Then they put the project on hold for a couple of years while Beth worked hard to lose the weight and get healthy.

“[W]e waited two years until she felt like she was in a place where she plateaued and we photographed her again,” Blake explained.

After losing 150 pounds, Beth was ready to get back into character and take her “after” photos. Then Blake took the pictures and blended them with the “before” photos for a series of images that are at the same time creative, funny, and so inspiring.

“A lot of Photoshop was used but nothing was used on her body at all,” Blake said. “I didn’t want to alter her body shape, we wanted it to be honest, so people can look at it and in [the] midst of how people hate Photoshop this can be really encouraging to show the changes someone made in their own life.”

The photos were more for Beth – to remind her of how far she’s come – but they ended up becoming a viral sensation. People all over the world have been amazed by Beth’s journey and inspired by her transformation.

Check out some of the fun and inspirational photos by clicking below and watching the video!

Were you amazed by Beth’s transformation? So share this today!