Nurse In Shock When Boyfriend Wheeled In. Then He Sits Up, Says 8 Words That Leave Her Sobbing 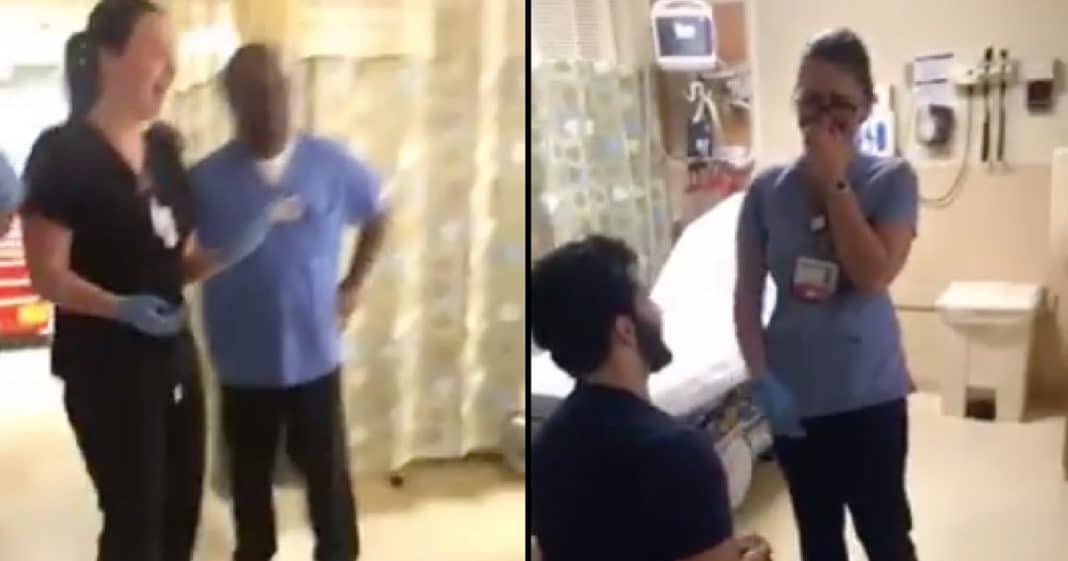 As an ER nurse, I can imagine one of your biggest fears would be seeing a loved one wheeled into the hospital. In addition to all the adrenaline that is typically flowing, you would now have to deal with the emotional aspect of seeing a dear friend or family member hurt or even on the brink of death.

One New Jersey nurse had this fear realized when her boyfriend was wheeled into the ER earlier this month.

Tom Ciancia has a peanut allergy, so when he arrived at the Monmouth Medical Center in Long Branch in the back of an ambulance, his girlfriend, emergency room nurse Lauren Trulli, feared the worst.

“Tom, Oh my God!” she exclaimed as she jumped into action to save the man she loved.

To her surprise, though, Tom climbed off the stretcher and appeared to stumble to the ground.

“This was the best way to surprise you,” he told her.

As Lauren tried to figure out what was going on, Tom dropped to one knee and pulled out a ring.

The whole thing was part of an elaborate proposal Tom had planned with Lauren’s co-workers!

From a video taken of the moment, you can see a mixture of anger, shock, relief, and joy wash across Lauren’s face. While she was mad at Tom for frightening her, she was relieved and overjoyed when she learned the real reason he was there.

Lauren took off her gloves and told Tom “yes” as he slipped the ring onto her finger. The other emergency personnel in the room cheered and applauded as Tom stood to give Lauren a kiss.

“Today we did something truly special for two people!” fire squad officials wrote in a Facebook post. “We would like to congratulate Tom and Lauren on their engagement! We helped Tom propose by ‘scaring’ Lauren into saying yes!”