Nurse at McDonald’s hears screams coming from bathroom. When she opens the door — holy moly 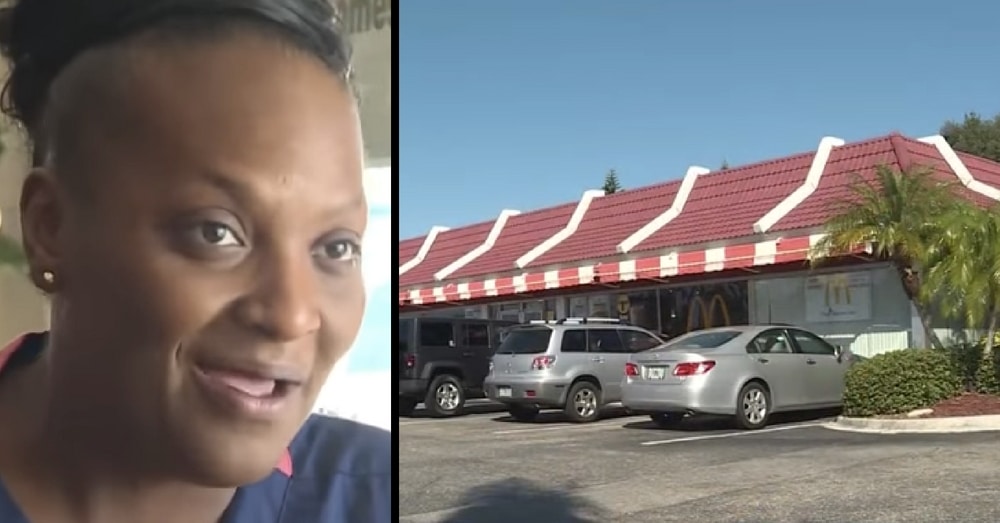 Nurse April Jones was planning to just have a low-key breakfast at McDonald’s with her mother when she suddenly heard a woman screaming. She looked around and realized the screams were coming from the bathroom.

At the same moment she saw a man running toward the bathroom door.

“She’s pregnant,” the man, who turned out to be the screaming woman’s husband, said in a panic.

April ran with him toward the bathroom and when she opened the door she found a woman, Cathy Jordan, lying on the floor giving birth.

April immediately went into nurse mode. She placed some jackets on the floor beneath Cathy and got to work.

“I put on gloves really quick. She is dilating really, really fast, and so, the baby’s head is popped out, now,” April recalled.

Nurse April Jones hoped to get a quick cup of coffee but ended up helping a woman deliver a baby in a McDonald's bathroom stall instead. http://4.nbcla.com/8XDaZlK

Then she noticed something that made her heart drop – the umbilical cord was wrapped around the baby’s neck and he wasn’t breathing.

Finally paramedics arrived and helped April cut the cord. As they administered oxygen and rushed him to the ambulance Cathy screamed after them, “Please don’t let my baby die!”

Thankfully the paramedics were able to revive the little boy, whom the Jordans named Parker. Today he is a healthy and happy little boy, thanks in big part to April’s quick actions.

“I was put there at that location at that time by God to bring this baby into the world,” April said later. “His mom’s got a really good Christmas gift there.”

Were you happy to see that April was able to help bring Parker into the world safe and sound? So share this!