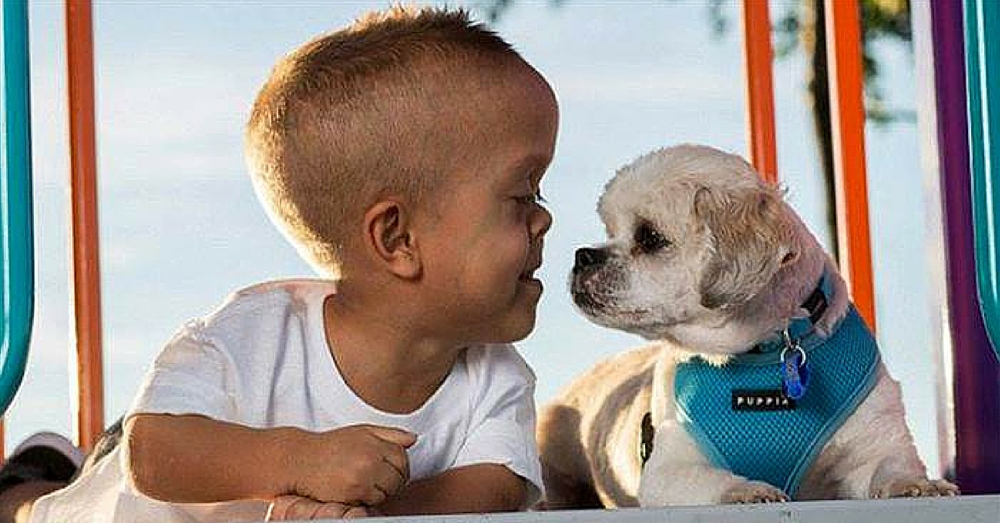 One adorable dog has managed to accomplish in one week what a professional counselor and a mother’s love could not: Erase years of emotional trauma for a 5-year-old Australian boy frequently bullied in public. 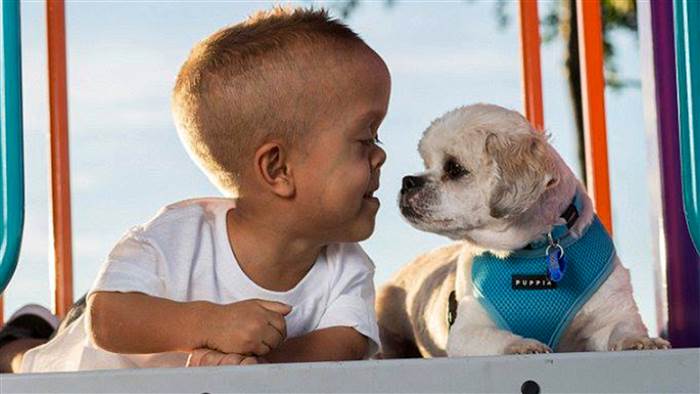 Courtesy of Yarraka Bayles. Both Quaden Bayles, 5, and his new rescue dog, Buddy, have dwarfism.

Buddy is a Shih Tzu rescue dog who, like his owner, Quaden Bayles, has a form of dwarfism called achondroplasia. Until very recently, Quaden forbade his family from ever mentioning any words related to his condition. That changed after his mom brought Buddy home to join the family.

“Quaden now proudly accepts that he’s got dwarfism, because Buddy’s given him that reason to think that it’s cool,” said his mom, Yarraka Bayles. “So he tells everyone, ‘My dog has dwarfism like me,’ and it’s the first time we’ve ever, in Quaden’s five years of life, heard him say the word, because we are not allowed to say dwarfism or achondroplasia.” 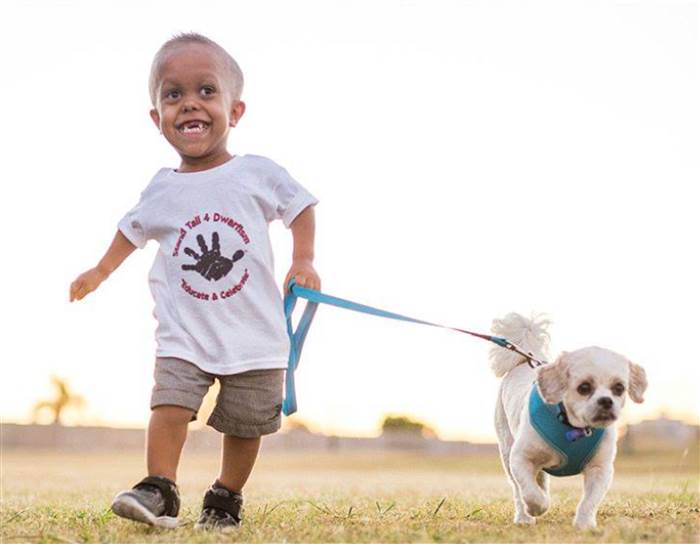 Courtesy of Yarraka Bayles. Quaden taking Buddy for a walk

That’s because Quaden has been constantly made fun of in public. His height is about half of someone his age, and his limbs don’t grow at the same rate as other parts of his body. Bayles said she expects the taunts from children, but the comments from adults are what catch her off guard the most.

“I’m really shocked and appalled that quite a lot of the negative attention comes from adults,” she said. “Shopping centers are the worst. He had a kid come straight up to his face last month at our shopping center and say, ‘Oooh, yuck!’ People think he’s just a freak and very openly say, ‘What’s wrong with him? Why does he have such a big head?’ Or they’ll say, ‘He’s ugly. He looks scary.'”

Hearing similar comments for years has left Quaden depressed and angry, and nothing his mother or other loved ones said would ease his pain.

“It’s affected him to the point where he needs counseling because he’s said he wishes he was dead,” Bayles said. 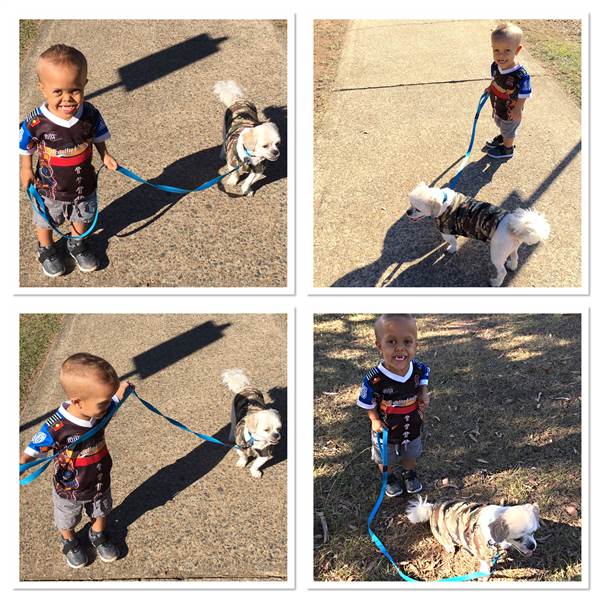 But Quaden’s spirits and perspective were lifted in unimaginable ways after a family veterinarian friend asked Bayles to take in the 9-year-old pooch.

“Pretty much overnight, it’s changed Quaden’s confidence. It’s been an instant confidence booster, where he’s now accepting his diagnosis so happily, like it’s cool to have dwarfism now. Buddy has made him accept it as OK, and that we’re in this together,” she said. “That’s been the biggest impact on all of us, because we’re not having to hide or try to remember we’re not allowed to say certain words.”