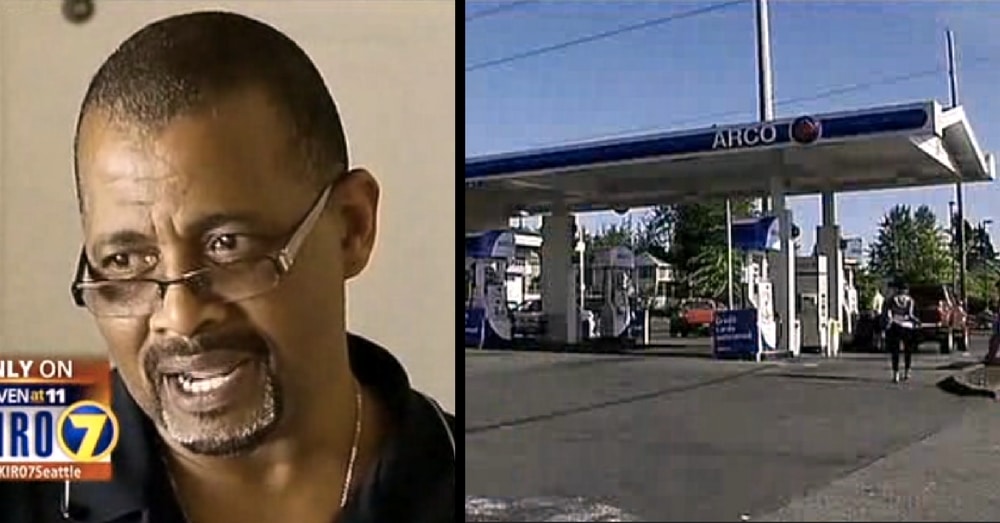 It was a typical day at a convenience store in Tacoma, Washington, when Bruce Dean, who was working the counter, noticed a woman who seemed kind of nervous walk in. She asked him for a piece of paper and a pen, jotted something down really fast, and dropped the note on the counter before hurrying back out to her car.

When Bruce read the note he couldn’t believe his eyes. “Can you call 911,” it read. The woman had also written “DV” (signifying domestic violence), “Baby in car,” and a license plate number.

Bruce immediately called 911 and a sheriff’s deputy was able to track down the vehicle. That’s when the horrifying truth was revealed.

The woman was the girlfriend of a violent sex offender named Mark Valuckas. She had been living with him and he had threatened to kill her and harm her child in the past, so she was too afraid to leave him.

Following one particularly violent attack, Valuckas told the woman to get in his car and ride with him so he could “calm her down.” When they stopped at a gas station he told her to go inside and pay for gas, and she was able to use that opportunity to alert Bruce to her situation.

When questioned as to why she didn’t just leave Valuckas at the gas station, the woman said she was afraid he would hurt her baby if she tried to flee. Thankfully she had the wherewithal to alert the attendant and Bruce followed through so she could be rescued.

Valuckas is now behind bars and the woman and her baby can move on with their lives, all thanks to the quick thinking of both her and Bruce.