Neighbors Wake To Barking Dog And Smoke Rising From House, That’s When They Realize What’s Happening 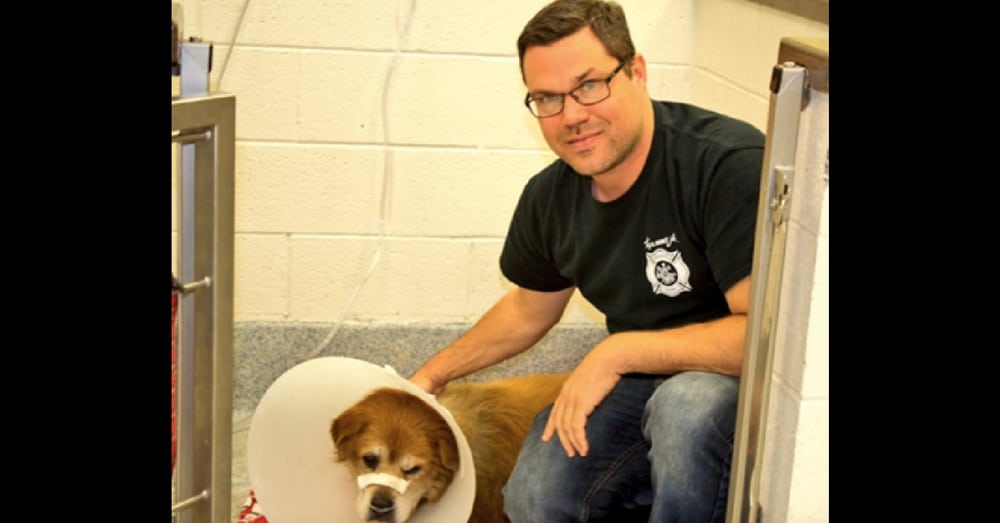 Neighbors were awoken by the sound of a dog frantically barking around 4:30 a.m. Sunday morning. Wondering what the commotion was about they looked outside and noticed smoke coming from a nearby house. They immediately called 911.

The dog, Che, and the house belong to Andrea Bulat, and she has her dog to thank for her life.

When firefighters arrived at the scene they found Che laying on top of his owner.

Andrea was unconscious due to smoke inhalation, and Che had protectively and self-sacrificially covered her with his own body so she wouldn’t get burned.

“The dog stayed on her chest the whole time, which prevented her from being burned totally,” said neighbor Adele Butler.

Firefighters were able to rescue Che using oxygen and he is recovering at Red Paw Relief, a non-profit organization that provides emergency response for pets. They are hopeful that the 10-year-old Chow and Golden Retriever mix will survive, despite his injuries.

Andrea remains in the hospital in critical condition with burns covering 50 percent of her body.

One thing is for sure – Che is a hero.

Were you amazed at the way Che sacrificed his life for Andrea? So share this!