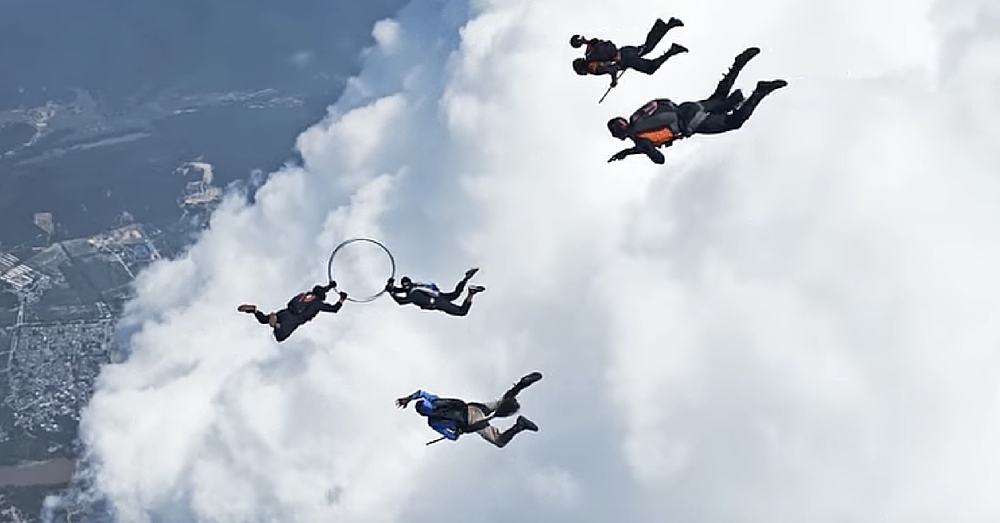 There are two major problems with Quidditch, the game created by J.K. Rowling in her Harry Potter novels:

1: The snitch is worth way, way too many points.
2: We can’t actually play it because we don’t have magic flying brooms.

I’m sorry to tell all of you Muggle Quidditch athletes, but you aren’t really playing the game when you are running around on grass in robes. Quidditch is just as much defined by soaring through the air as it is by trying to put the Quaffle through a hoop. You can’t ski jump without actuallyjumping, you know?

The good news though is that while we may not be able to fly, we can fall from very high places, like out of airplanes, and some skydivers recently used that ability to try and play the most authentic version of Quidditch ever attempted by Muggles.

We first saw this at the Huffington Post, and the video was posted by ETB, one of the principal telecommunication channels of Colombia. In it, skydivers wielding brooms jumped out of a plane and proceeded to play a modified game of Quidditch (having no snitch feels like the right, safest decision). In place of the three standing hoops were two people holding one for scoring purposes.