Mom Trapped In Fire Knows She’s Going To Die. What She Does To Save Baby’s Life Is Incredible 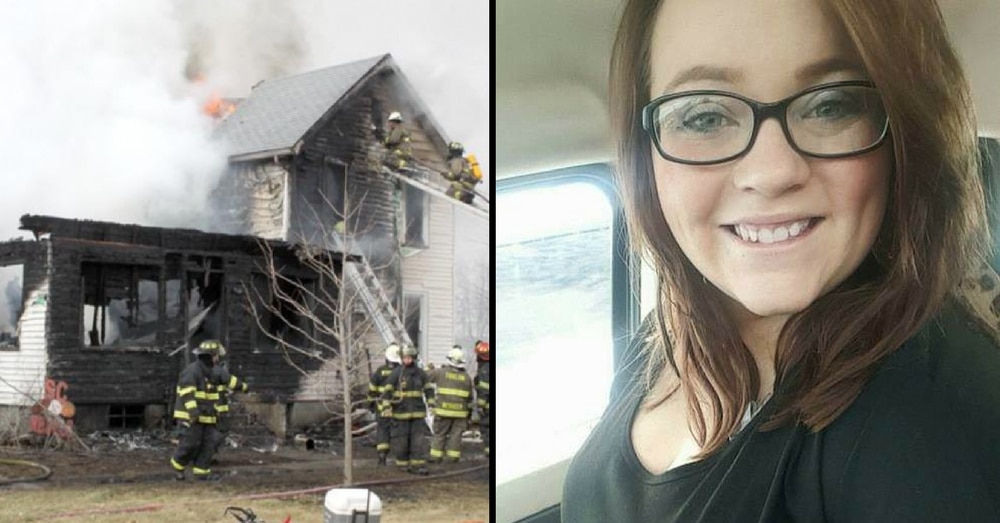 A young mom in Wyoming, Illinois is being hailed a hero after her quick thinking saved her baby’s life during a house fire.

Shelby Carter was home alone with her 12-day-old daughter Keana in the house they shared with Shelby’s mother, Kathy Hardy, and fiancé, DeShawn Davis, when a fire broke out.

As the flames crept closer Shelby knew she wasn’t going to make it out of there alive. Thinking quickly, she called the fire department. Then she strapped Keana into her carseat, broke a second-story window, and tossed her daughter out the window onto a pile of debris below.

When firemen arrived at the scene they found Shelby inside. The young mother had tragically succumbed to smoke inhalation. Because of her heroic actions, though, her daughter was fine. Keana was taken to a nearby hospital and then released to relatives.

“Shelby’s selfless heroic actions prove that there is no end to a mother’s love for a child,” said Jacob Plumer, the captain of the Wyoming-Speer Fire Department. “This tragic event reminds us just how short life can be.”

Shelby had just recently turned 21 and was working as a nail technician while studying to become a pharmacy technician. The fire department does not know why she didn’t follow her daughter out the window.

Whatever her reasoning might have been, one thing is for sure: Shelby is a hero.

Her actions that day weren’t surprising to those who knew her best.

Anna Steelman, a childhood friend of Shelby’s, described her as caring and naturally maternal.

“Her quick instinct to strap Keana in her car seat and to get her outside does not surprise me,” Anna said. “She was a very task-oriented person growing up. She knew she had to save the baby, she came up with the most logical way to do so, and she followed through with her plan. It’s that simple. That’s the Shelby I know.”

Shelby’s uncle, Jesse Hardy, said that what Shelby did that day was just a part of her nature.

“I know a lot of people are calling her a hero, but to those of us who knew her, she was just being Shelby,” he said. “There are people in this world who are caretakers. That’s who she was.”

Now Shelby’s fiancé, DeShawn, is adjusting to life as a single father. He is determined to carry on Shelby’s legacy and do everything in his power to keep their daughter safe.

“He doesn’t like to have her out of his sight for too long,” Jesse said. “He’s a very caring, loving dad, who now pretty much thinks about Keana before making any decisions.”

If you would like to help this family in their time of need you can visit this GoFundMe page that has been set up to support them as they try to rebuild their lives.

Were you touched by what this mother sacrificed to save her daughter’s life? So share this!