Mom Snaps Photo Of Dying Daughter. What She Sees When She Looks Later Makes Her Gasp 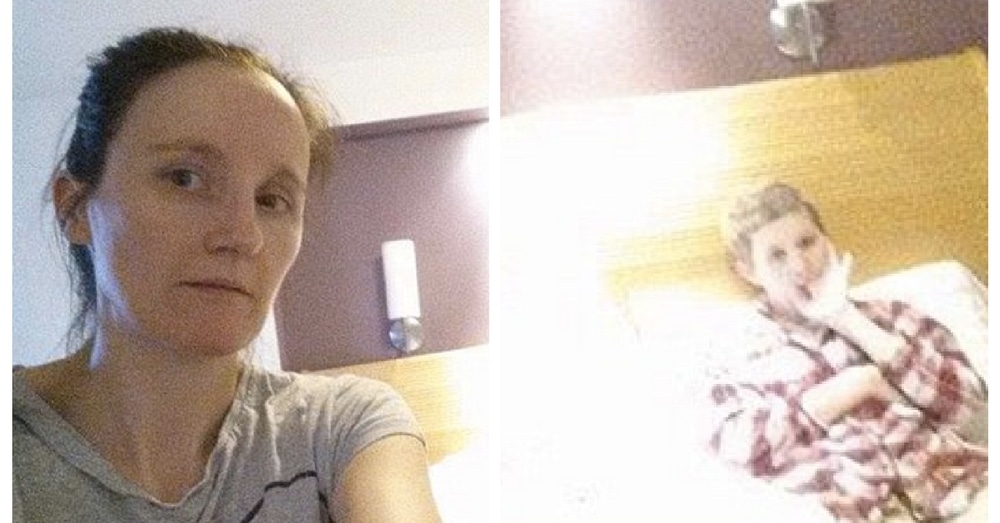 A grieving mother in the U.K. is finding comfort in what she found in a photo of her daughter after losing the 19-year-old girl to cancer.

Sarah Danbury’s daughter Amy Beckingham was diagnosed with an incredibly rare form of liver cancer called fibrolamellar hepatocellular carcinoma. The teen underwent treatment for quite some time, but unfortunately her condition rapidly deteriorated and she passed away in October.

“She was such a brave girl,” Sarah said. “She wasn’t one to sit there crying, she was so strong-minded and a real fighter.”

Before Amy died, she and her mom were going through some pictures when they came across a recently-taken photo that left them speechless.

In the photo Amy was sitting on her hospital bed, and there appeared to be the form of an angel floating above her.

“I didn’t think anything of it at first,” Sarah said, “but when you look closely at the photo it does look like an angel. There were only two lights on that side of the room and they were both switched off – you just can’t explain it, it’s so weird.

“When Amy saw the picture she said, ‘It’s my guardian angel.'”

Sadly, Amy passed away just three weeks later, but Sarah finds comfort knowing she is being watched over.

“It gives me comfort seeing that picture because it makes me think there was someone there with Amy looking after her knowing it was coming to her time, you just don’t know,” Sarah said.

“I don’t go to church,” she added, “but it got me thinking that there’s got to be more out there.”

Do you believe guardian angels watch over us? So share this!