Mom Shares Picture Of Newborn Twins. But When The Camera Pans Out…Holy Moly!

In a rare occurrence, a mom has given birth to her third set of twins.

Danesha Couch, 20, of Kansas City, Kansas, welcomed two daughters, Darla and Dalanie, on June 17. The girls arrived less than one year after their twin sisters, Delilah and Davina, who were born May 29, 2015.

“I was surprised on my second time because me and their dad were discussing it, jokingly,” Couch told ABC News, recalling when she learned she was carrying her second set of twins. “I said, ‘This is not happening right now. Pinch me.’ [My fiance] pinched me, and it was reality.”

Couch gave birth to her first set of twins, boys named Desmond and Danarius, on April 13, 2014. Sadly, Desmond died shortly after birth from a placental abruption, which deprived the baby of oxygen, she said.

“It’s been pretty tough,” Couch said of the loss of her child. “I tend to cry about it one minute, and then I am happy again. I do hope one day [Danarius] doesn’t tell me he feels empty and alone (without his brother).”

All three sets of twins are fraternal, and Couch said she had all of her children without the use of fertility drugs. She had a cesarean section with each pregnancy. Doctors warned her that because she drops more than one egg at a time she would have a greater chance of conceiving multiples, she said. 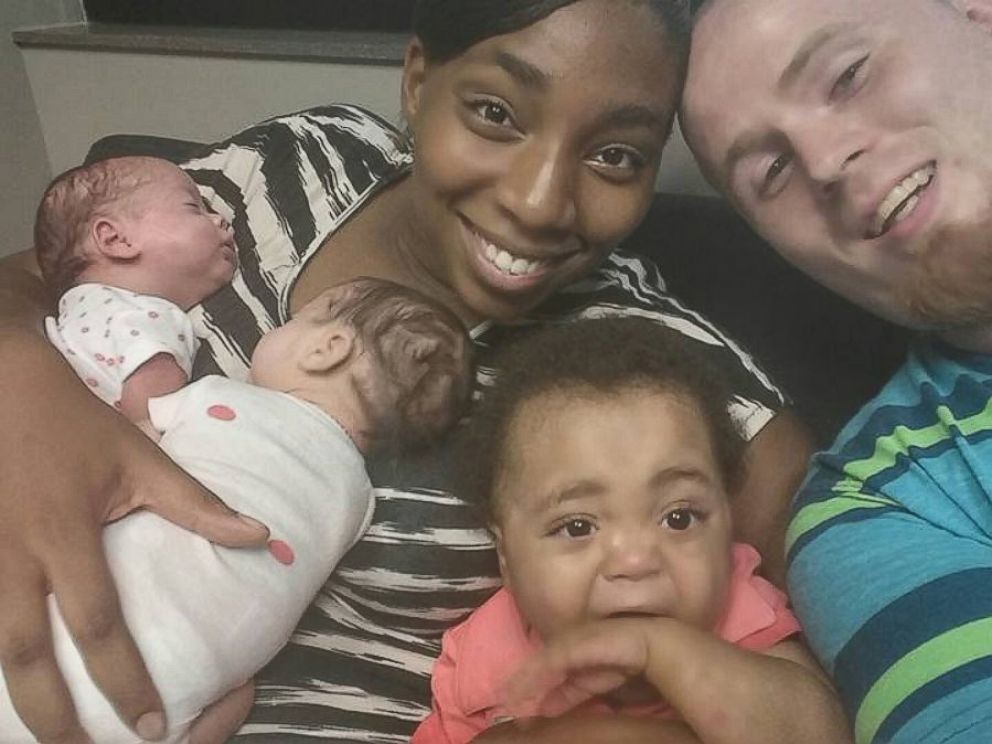 Couch gave birth to her first set of twins, boys named Desmond and Danarius, on April 13, 2014, but Desmond died shortly after birth from a placental abruption which deprived the baby of oxygen, she said. Courtesy Danesha Couch