When Mom Sees What Waiter Does To Son She Grabs Camera, Now The Photo Is Going Viral 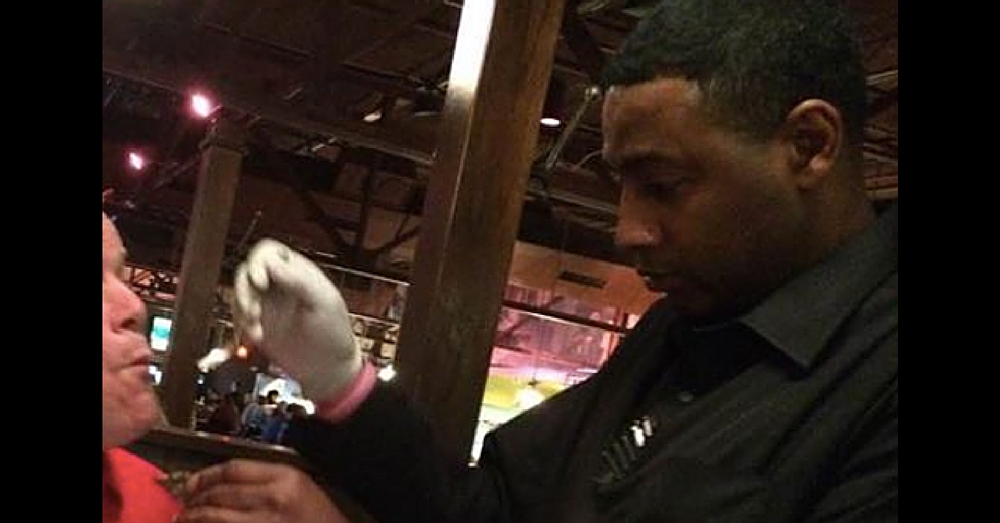 Lee Bondurant is a fighter. Despite having cerebral palsy, the 51-year-old doesn’t like asking for help and tries to be as independent as possible. He even has a job at a local Kroger grocery store.

There are some things, though, that he does need some help with.

Recently Lee and his mother, Linda, we having dinner at the 42nd St. Oyster Bar in Raleigh, North Carolina. Lee has some trouble feeding himself because of his cerebral palsy, so Linda was going back and forth between feeding him and feeding herself.

One of the waiters at the restaurant, a young college student named Five, noticed this and decided he wanted to help out. He came over to the table and asked Lee if he had ever tried oysters. “Lee told him he had not,” Linda said. “So, [Five] asked [if he] could serve him his first. It was smooth not to embarrass Lee. Just offering [to] share in the experience.” 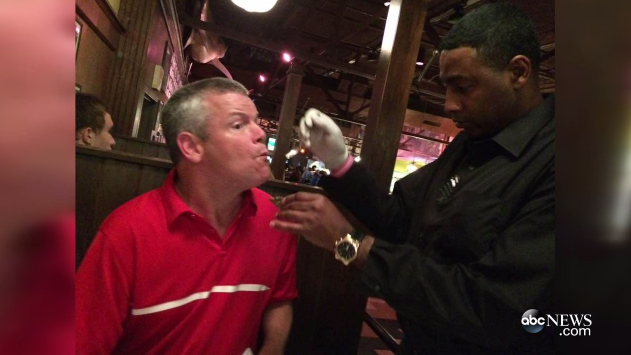 While Lee is selective about who he lets feed him, he recognized Five’s gesture as one of kindness and allowed him to serve him his meal.

“That was the ultimate kindness he showed me,” Lee told ABC News reporters. “I genuinely appreciated what he did, an act of kindness.”

Linda grabbed her camera and snapped a picture of Five’s act of kindness, which has since gone viral. “[Five] insisted on helping, showing Lee total respect,” she wrote. “Let’s me know there are still decent and compassionate people left in our country. Pay it forward for FIVE!”

As for Five, he doesn’t think his actions were anything special. “Five has been overwhelmed with the attention, as he was just doing what he thought was the right thing to do,” said the restaurant’s general manager, Hunter Correll. “We are beyond fortunate to have so many loyal and caring staff members. It makes it so easy to come to work every day, as you can imagine.”

Lee and Linda hope their story will encourage people to treat those with special needs “with respect and kindness, not pity.”

“They are ‘normal’ on the inside,” Linda said. “[They] have the same feelings we all do.”

Were you touched by the kindness and respect this young man showed Lee? So share this!